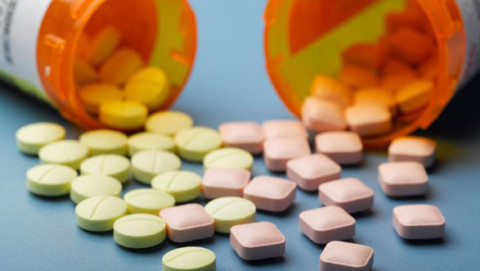 LAGOS, NIGERIA (AFRICAN EXAMINER) – The Lagos State Taskforce on Fake, Counterfeit and Unwholesome Processed Foods on Wednesday shut over 30 illegal pharmacies and chemist shops as well as carted away fake drugs worth millions of naira in Ajeromi-Ifelodun Local government area of Lagos, Nigeria.

The Special Adviser to the Governor on Primary Health Care, Dr. Olufemi Onanuga who disclosed this while reviewing the report of the recent raid in Lagos, explained that the affected outlets were sealed off for various offences contrary to the provisions of the law on the operation of pharmacies and patent medicine stores in Lagos State.

He said the sealing of the pharmacies and patent medicine stores was in accordance with the provision of Chapter C34 of the Counterfeit, Fake Drugs and Unwholesome Processed Foods (Miscellaneous Provision) Act of 1999, Number 25.

“The closure is part of the government’s renewed efforts at ridding the state off fake, substandard and illegal drugs operators and outlets as well as ensuring high drug quality through sanitation and streamlining of drug distribution system in the state”, Onanuga said.

Onanuga stated that the recent raid by the taskforce on fake drugs was necessitated by the persistent defiance of government’s stipulated regulations on drug production, importation, manufacture, sales or display for sales, hawking, distribution, adulteration, and possession of drugs by illegal operators.

The special adviser said that the affected pharmacies and patent medicine stores were sealed off for offences ranging from sales of drugs without license from the regulatory authority; to failure or refusal to relocate from a market area and adherence to the mandated distance between a patent medicine shop and market place as stipulated by the law; and sales of counterfeit and fake drugs amongst others.
Onanuga, who expressed concern over the danger posed by the nefarious activities of illegal operators of patent medicine and pharmacy stores in the state added that it was particularly disheartening that despite the provisions of the law which outlined requirements for registration and renewal of pharmaceutical premises, some people still chose to stay on the wrong side of the law.

He urged operators of pharmacies and patent medicine stores to ensure that their activities are within the ambit of the law just as he reiterated government’s avowed commitment to stream lining the drug distribution system in the state in order to ensure the safety of the citizenry.

“It is important that operators of pharmacies and patent medicine stores operate within the ambit of the law regulating their operations as the state government would not take it lightly with any operators of pharmaceutical products who disregard the laws of the State”, Onanuga restated.