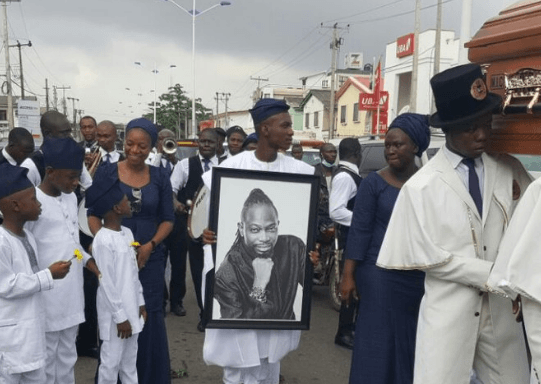 The interment held at the Ikoyi cemetery, Lagos Island.

Earlier, there was a lying in state and internment service at the Redeemed Christian Church of God, Grace Chapel, Surulere, Lagos mainland.