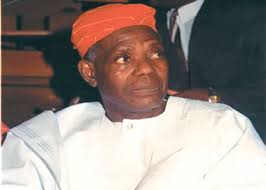 A member House of Representative, representing Jos South-Jos East Federal Constituency, Plateau State, Honourable Bitrus Kaze, has joined forces with many other Nigerians to condemn the leadership of All Progressive Congress (APC) over directive to its members in the National Assembly.

The APC leadership had directed its National Assembly Members to block the passage of the Appropriation Bill 2014 as well as the confirmation of new service chiefs and ministerial nominees.

Kaze, in a press statement told African Examiner that the “unpatriotic” directive is coming at a time when President Jonathan is fine-tuning the national security apparatus for effective counter terrorism strategies, which he said must be totally condemned by all patriotic Nigerians.

He maintained that the move is a direct affront on the 1999 Constitution of the Federal Republic of Nigeria, which provides that the security and welfare of the people shall be the primary purpose of government.

Complying with such inimical directives, Hon. Bitrus Kaze, stressed that such will inflict maximum damage to the security and well being of the common man more than anyone else in the country. “It is the height of irresponsibility and political terrorism in the name of opposition politicking”, he added.

In his word, “The APC has by its crude political (mis)calculation exposed their true colours, they have demonstrated that they are desperate power mongers who would sacrifice anything including Nigeria’s toddling but thriving democracy for the sake of political power. That a party which perambulates about as progressives could throw caution to the dogs by deliberately advocating for a total government shutdown is most unpatriotic and self-serving.

“We are not surprised but this should tell Nigerians the kind of change they go about chanting.”

Honourable Bitrus Kaze, however said the Peoples’ Democratic Party (PDP) led National Assembly has always and will continue to demonstrate an unmatched sense of patriotism and nationalism at all times.