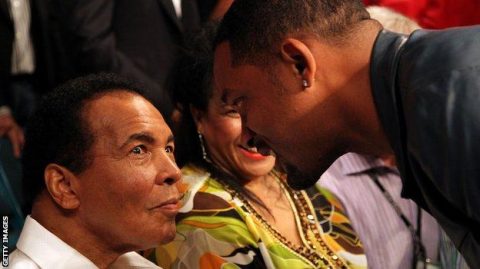 BAILTIMORE, MD (AFRICAN EXAMINER) – Former British world heavyweight Champion Lennox Lewis and actor Will Smith have been assigned among others, the role of pallbearers at late Muhammad Ali’s funeral to hold Friday.

Fifty years-old Lewis emerged an undisputed world Champion in 1999, while American Smith featured the late legendary world boxer, in the 2001 film of the same name.

The Friday funeral which will be held in his home town of Louisville, Kentucky is expected to be graced by world leaders; heads of state and celebrities. The service will start 19:00 BST; open to the public and streamed live on the internet.

Three-time heavyweight world champion Ali died last Friday at the age of 74 in hospital in Phoenix, Arizona. It was speculated that he died of Dementia Pugilistica, an ailment he had battled with for three decades. Ali’s physician, Abraham Lieberman has however debunked this.