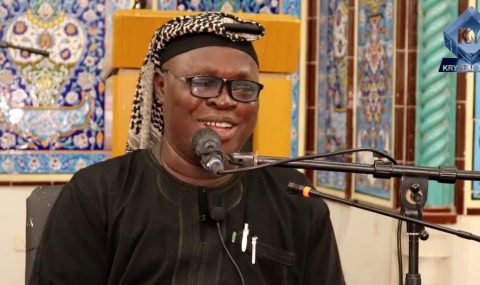 (AFRICAN EXAMINER) – As the country enters another round of “relaxed” lockdown, a rights advocacy group – the Muslim Rights Concern (MURIC) has advised state governments across the Federation, to consider providing ‘’special palliatives’’ to clerics  in order to cushion the effect of the physical distancing order occasioned by the ravaging COVID-19.

The group gave the advice Wednesday in a public statement it issued in Lagos by its Director, Professor Ishaq Akintola,

The statement read in part: “Like many countries of the world, Nigeria has been under government-imposed lockdown for nearly two months. The citizenry is restless. People are hungry. The open demand by certain religious leaders for their places of worship to be reopened lends credence to the pressure clerics are going through. Even the recent decision by some state governments to reopen religious centres is not unconnected with subterranean agitations from clerics in the states. Deserted for weeks, the house of God longs for warmth.

“The Friday and Sunday assemblies provide regular and veritable sources of moral, spiritual and material supply. The occasional gatherings for marriage, naming and house-warming ceremonies come with sumptuous gifts in cash and material. But the ban on assemblies of more than twenty has put an effective stop on these occasions. Worse still, the cheerful givers now go about with frowns on their faces courtesy of the general economic downturn. The tap from which naira flows into the house of God is dry.

“The impact of the economic nosedive on Imams and pastors cannot be overemphasized particularly for a country whose proletariat is overworked, underpaid and overtaxed. The grim realities of the Nigerian economy call for government’s attention particularly as they affect keepers of the house of God.

“A country like Nigeria whose per capita income is less than $300; a country where the average citizen relies on less than $1 per day; where only 1% of the population has arrogated more than 85% of the common patrimony to itself, leaving 99% overwhelming majority to fight over a paltry 15% of the country’s wealth cannot afford to ignore its clerics. A country which is ranked as the 26th poorest and 20th hungriest in the world even before COVID-19 should pay attention to its clerics in a prolonged lockdown. This class not only has access to millions of their members, they are the opinion moulders.

“MURIC therefore advises the various state governments to speedily devise means of getting special palliatives to the clerics in the churches and mosques. They deserve attention at this crucial moment because they have nowhere to go. They should not be turned to beggars. They have served the government at various times. They should not be abandoned in their hour of need. Besides, members of their families deserve decent lives as Section 33 of the Constitution of the Federal Republic of Nigeria stipulates the right to life for every citizen while Section 34 confers the right to the dignity of the human person.

“We have a word or two for wealthy Nigerians and those who have the wherewithal. You should remember your Imam and pastor at these trying moments. Your Imam or pastor was there for you when you needed prayers. He was there for your children’s wedding and naming ceremonies. He brought succour when you were troubled. He also buried your dead relations. To whom much is given, much is also expected. Your pastor must not suffer. Your Imam must not beg for food. Remember your Imam and pastor today.”