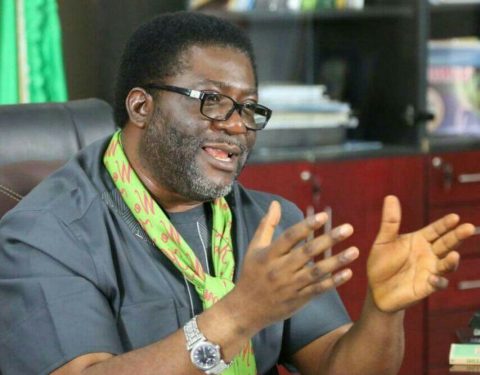 (AFRICAN EXAMINER) – The ongoing plot by Governor Rochas Okorocha of Imo state to remove his embattled Deputy, Prince Eze Madumere from office, Wednesday gained more ground, as the State House of Assembly sent a request to the Chief Judge of the state, asking him to  appoint a panel of investigation in respect of allegations of gross misconducts leveled against the state number two citizen.

In a letter referenced IHA/SP.8H/03/VI/100 dated 11th July, 2018, the state Assembly requested the chief judge to ‘’ …appoint a panel of seven persons of unquestionable integrity to investigate allegations against the Deputy Governor of Imo state” as contained in the earlier Notice of Gross Misconduct of 10th July, 2018 and signed by 1/3rd of the members and duly served on the Deputy Governor.

The development is coming at a time the Deputy Governor says he has not been served personally as required by the law of the land.

According to the House, the sins of the Deputy Governor include: Absence without official reason or permission duly obtained from office for a period of three (3) months,

Others include: refusal to attend and hold meetings with the Governor and commissioners of the Government of Imo state for the governance of Imo state made compulsory by and under S.193 (2) of the 1999 constitution; Concealment of felonious conduct affecting the presentation of self as eligible candidate of office of Deputy Governor Imo state, despite having been convicted and imprisoned for theft in the United States of America.

The request letter further stressed that members of the seven man panel, should be people of unquestionable integrity and shall not be members of any public service, legislative house, or political parties.

AFRICAN EXAMINER reports that a total of nineteen (19) out of the twenty seven Hon. members representing over 2/3rd of the entire house endorsed the letter.