Magu: President Buhari did the right thing, by Uche Ugboajah 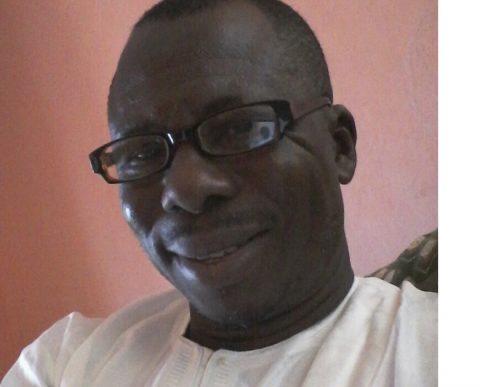 (AFRICAN EXAMINER) – The news that President Muhammadu Buhari has resubmitted the name of Ibrahim Magu to the Senate for confirmation as the Chairman of the Economic and Financial Crimes Commission (EFCC), is indeed a very cheery one. Cheery in the sense that the presidency has not only done the right thing but is also beginning to understand the logic and the doctrines of presidential power in a democracy.

It all started with the forwarding of Magu’s name to the Senate for confirmation in June 2016 by the presidency. The Senate kept the letter and sat on it for as many months and would only consider it in December when it felt good and ready in spite of the pressures from all quarters of the Nigerian society calling for Magu’s confirmation. Not even the EFCC Chairman’s spectacular performance in the short period of his acting capacity would spur the Senate into doing the needful over the matter. And when it finally decided to act, the upper legislative house refused to screen the EFCC Chairman, citing a security report from the DSS as an impediment. But in what was clearly a rigging of its own procedures, the Senate through its spokesperson, Abdulahi Sabi, announced that they had rejected a man that never appeared before them and who they never screened!

Perhaps, one can exonerate the Senate from the shenanigans that have become the confirmation politics of Magu given that the DSS that wrote the infamous “Report” is under the presidency. Yet, how can one explain the fact that the attempt of Senator Ndume to clarify the Senate position has already cost him his office as Senate Leader? Ndume stepped out to say his afternoon prayers and before God could answer him, his colleagues with the speed of light toppled him for daring to canvass for fair play in the Magu matter.

Well, President Buhari knowing full well the perception that his administration will succeed or fail depending on how successful the anti-corruption war his government is waging turns out, decided to intervene and got his Attorney General to investigate the matter, especially the DSS allegations against Magu, and report back to him. With the re-submission of the name of Magu to the Senate by the President, it is evidently clear that the AGF found all the allegations against Magu unfounded and reeking of pettiness, prejudice and vendetta and therefore rightly advised the President to re-forward the name of the EFCC Chairman for confirmation. Was this the right thing to do?

As one of the critics of the Buhari government, I would have reserved the harshest words for Mr. President had he caved in to the intrigues of the Senate in conniving with one of the security agencies under the Presidency to abridge the powers freely given to him by the Nigerian people, whose president he is. It is important to note that of all the elected officials in the country, including members of the Senate, Mr. President is the only person who has a nation-wide mandate.

What this means is that it is only Mr. President who has the entire Nigeria as his constituency, whereas others including senators only have limited constituencies. That being the case, Mr. President is the only person who can make a call over and above every other persons’ head, be they senators or governors. It is only Mr. President who can truly speak in the best interest of all Nigerian citizens. He has the mandate of the Nigerian people to make any decision which in his view is in the best interest of all Nigerians. And this is because, the logic of presidential powers rightly assumes that the President is in a vantage position more than anyone else to know what is right for his country. The appointment of Magu as the EFCC chairman is one of such decisions.

It must be noted that Mr. President had identified fighting corruption as the centerpiece of the policy of his government. And in pursuing that policy, he has equally identified Mr. Magu as the officer he needs to head the EFCC, the major arm for the anti-corruption war. By refusing to screen and clear Magu, the Senate are clearly abridging the rights and powers of Mr. President as the chief executive officer and the only one with nationwide mandate to govern, and in the process, will be cheating the Nigerian people of the well-intentioned decision of Mr. President. This cannot be allowed to stand! It is against the Constitution! It is against the doctrine of presidential power!

As reported in the newspapers recently, if the Senate is still insisting on that DSS report in dealing with the confirmation of Magu even after the President had explained to them that he has cleared Magu of all those false allegations, it means that they are yet to understand comprehensively the powers of a president in our type of democracy. Is the DSS superior to the President? If the Senate is not satisfied with the President’s clarifications, they are at liberty to call for the sack of the leadership of the DSS for misleading them. Yet the Senate must not make the mistake of over hyping a hate report feeding off an inter-agency rivalry and competition, as well as a morbid fear of Mr. Magu. It has been in the public domain that the leadership of the DSS and some powers that be in the presidency, have a no-love-lost relationship with Magu. One of the suggestions of the said report was that Mr. Magu lives an ostentatious lifestyle. This singular suggestion is clearly false and completely at variance with the EFCC Chairman’s ascetic lifestyle and therefore questions not only the credibility of the report but also the motives of its writers. Again, that the DSS allegedly presented two different reports on the same person with different conclusions clearly gave out its mischief in the drama that played out in the Senate.

Again, security reports the world over can be merely nebulous and sometimes instruments used to pursue all manner of vendettas and interest, which may in the final analysis, be just the personal idiosyncrasies of their authors. For instance, it is now well-documented that the United States went into the Gulf War based on a false “security report”.  Given the false remarks against Mr. Magu’s lifestyle in that report produced by the DSS and the fact that the said report categorically prayed that Mr. Magu should not be confirmed as EFCC Chairman because he is not fit, contrary to the ethical standards in report writing in the Secret Service all over the world, is an indication that it must be taken with a pinch of salt. It is just a mere smear campaign against Ibrahim Magu!

Now that President Buhari has done the right thing by re-submitting Ibrahim Magu’s name to the Senate as his only candidate for the EFCC Chairman, he must follow that action up by putting all the apparatus of presidential power behind Magu to lobby senators and secure the confirmation for the EFCC Chairman this time around. And in doing so, he should be rest assured that the Constitution supports him. It is in the national interest; it is in tandem with one of the major promises for which the Nigerian people elected him – to fight corruption. And above all, by resubmitting Magu’s name, Mr. President is sending the signal in an unmistakable language that he is ready to use the full powers that the Nigerian people gave him to serve them in the best possible way and will not brook any attempt by any ambitious or unpatriotic legislature to abridge his powers as the only official with nationwide mandate to govern.

Magu’s confirmation is just a test case. If the President allows the Senate to get away this time with the attempt to trample on some of the powers of the office of the President, then the stage would have been set for future attempts to undermine the Presidency!

*Uche Ugboajah, a researcher in presidential studies, wrote from Abuja