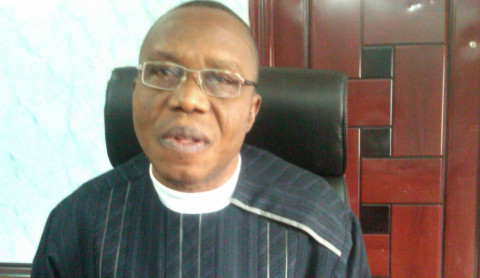 The Cleric,  accused Igbokwe of deliberately misquoting the content of a court ruling, thereby misinforming the public against his person in a  publication he carried out in a national newspaper.

Recalled that Emeka has been in a protracted legal battle since 2014 to upturn his suspension by some leaders of the church.

In a petition to NBA and Attorney General of the Federation, dated 7th February, 2018, Rev. Emeka, through his attorney, Mr Ifeanyichukwu Okonkwo, accused Igbokwe of flagrantly violating Rule 32(3) (F) Rules  of Professional Conduct for Legal Practitioners 2007.

A copy of the  petition, which was made available to our Correspondent in Enugu on friday, equally urged  the legal body to investigate and sanction Igbokwe for violating Rule 32(1) with regard to “CANDID AND FAIR DEALING”, which according to him requires that, “In appearing in his professional capacity before a Court of Tribunal, a lawyer shall not deal with the Court otherwise than candidly and fairly”.

The petitioner, however, insisted that Igbokwe also violated Rule (3) (f), to the effect that “in appearing in his professional capacity before a court or Tribunal, a lawyer shall not – knowingly misquote the content of a paper, the testimony of a witness, the language of the argument of the opposing counsel, or the language of a decision or a textbook.”

While attaching the relevant evidence and particulars, Emeka stated that the misquotation was made in a national newspaper published in August 24, 2017.

The petition reads thus: “Please do not hesitate to call on the undersigned of this petition to expatiate or furnish you with further information, during your investigations of this case of professional misconduct and breach of the Criminal Procedure Act, Laws of the Federal Republic of Nigeria,” Okonkwo pleaded.

When contacted, Igbokwe said the petitioner  has lost, saying “Paul Emeka went to court and lost and lost woefully. If they wrote to the Bar Association, the Bar will call me and will show me their petition. If they wrote to federal Attorney General,  I am not responsible to federal Attorney General. I am only responsible to the Bar Association.” he stated.

“I don’t work for government I work for myself. People should wake up, People should clean their head. Please tell them if they have lawyers working for them they should educate them.

“Who is Paul Emeka? He is being driven out. We sent him out of the church so, what he is going about to do will not help him”, Igbokwe declared.