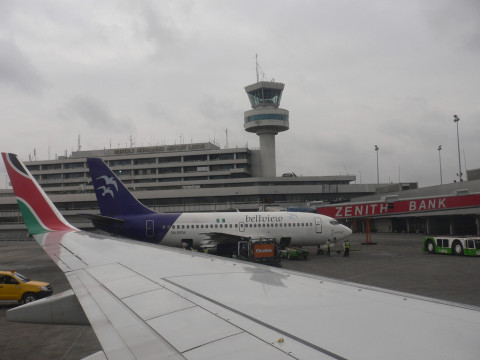 …Spends Over N100m On Infrastructure

Manager of the new domestic terminal two of the Murtala Muhammed Airport (MMA2), Lagos has said that it will invest over N500 million on the upgrade of operational equipment in 2014.

He said the firm has concluded plans to replace the existing check in counters and increase it from 31 to 45 at the departure hall to enhance capacity for new airlines.

He said the terminal manager had engaged the services of foreign suppliers and vendors of airport equipment so as to reduced costs and enhanced capacity of the facility.

The terminal manager said the company decided to upgrade facilities at the MMA 2, to give airlines and passengers who utilise the terminal value for their money.

He said the challenge of infrastructure remains key in the hostile aviation business environment in Nigeria, even as the firm spends huge sums in the purchase of diesel to power its generators to keep the terminal functional.

Also speaking, the Chief Operating Officer of Bi- Courtney Aviation Services, Adebisi Awoniyi, said that the upgrade of operational facilities at the terminal was occasioned by the need to pursue maintenance culture, which has become topical in Nigeria.

Pennick said over 99,000 litres of diesel is utilised monthly on running generators, which he said is the source of power supply at the terminal.

She said, “We are changing all 31 check- in counters to 45 counter, like you have in other airports across the globe, fitted with three bar coded system as well as baggage reconciliation system.

Our plan is to become the best terminal that is IcAo compliant in West Africa. Airlines are very happy over the upgrade of facilities, to raise the bar in air travel. In 2014 alone we plan to invest over five hundred million naira to upgrade our terminal facilities. In a difficult business environment, like ours, it is not easy to run an airport terminal.

We are also upgrading the conveyor belts; we are working with the handling agents to improve the baggage handling system as well as improve the turnaround time.”

On power supply, she said the MMA 2 has never experienced power outage, because the terminal runs on generators.

She said the PHCN, has limited capacity to supply power to the terminal. She urged the PHCN to expand its power supply capacity to enable it deliver.

The Bi- Courtney chief operating officer said since 2009, the firm has been exploring other sources of generating power, but it has been thwarted by lack of regulatory approval by the Ministry of Aviation.