More Troubles For Moro As Board Disowns Fraudulent Immigration Recruitment 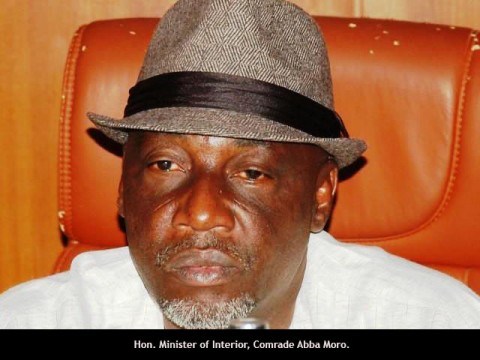 This is not the best of times for the embattled minister of Interior Abba Moro as criticisms have continued to trail the way he and his consultants handled last Saturday’s tragic immigration recruitment exercise in which about 19 Nigerians lost their lives across the country.

The minister and his agents raked in billions of Naira from the recruitment exercise.

The latest blow on the minister’s tragic and fraudulent recruitment came from the board of Immigration Service, Nigeria Security and Civil Defence, Prisons and Fire Service, which has denied any knowledge of the recruitment exercise. 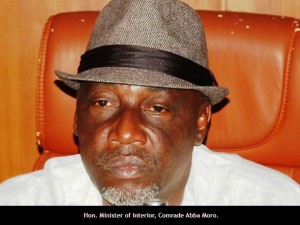 Speaking to the House committee on Public Accounts on Thursday, a member of the board S D Tapgun said “Only the Interior Minister and the consultant he engaged for the exercise can tell Nigerians exactly what happened.”

Tapgun also disclosed that “even the Comptroller-General of the Nigerian Immigration Service was not involved. He was not part of the recruitment at all. There was no board resolution to recruit anybody.”

“When we, the members of the board, learnt about the recruitment, we wrote the Minister that we are not in support of engaging the services of a third party to conduct recruitment for the Immigration Service, but he ignored our letter and went ahead to engage the consultant named Rexel Technical Global Nigeria limited. The Consultant fixed everything, including a N1,000 fees, which they claimed was administrative charges.” Tapgun lamented.

President Goodluck Jonathan had queried the minister for poor handling of the exercise, which many say  has further exposed Nigeria’s gross unemployment rate and recruitment frauds.