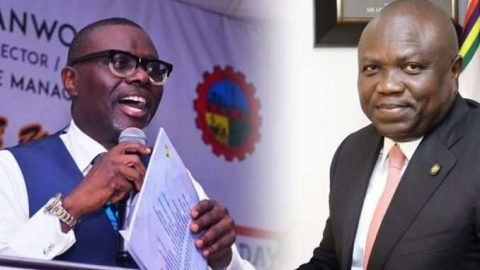 (AFRICAN EXAMINER) – Members of the Lagos State House of Assembly have adopted Babajide Sanwo-olu as the candidate they will support in the coming governorship primaries of the state chapter of the All Progressives Congress (APC).

According to a statement by the Chairman of the House Committee on Information, Strategy and Security, Honourable (Princess) Adefunmilayo Tejuoso, the decision was taken at a Parliamentary meeting of the lawmakers which took place at Lateef Jakande auditorium of the House on Saturday ahead of the governorship primaries of the party.

The lawmakers stated that they were in agreement with the leadership of the party and the Governor’s Advisory Council (GAC) which had earlier endorsed Sanwo-olu for the governorship ticket.