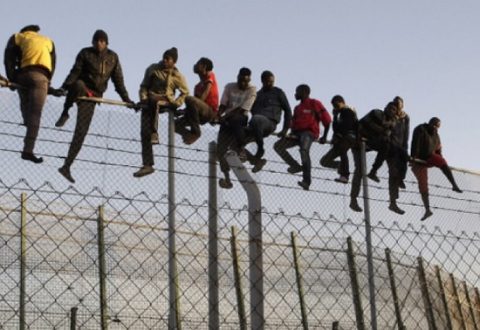 (AFRICAN EXAMINER) – Local authorities, reported that the Moroccan authorities on Friday foiled a mass attempt by over 400 Sub-Saharan migrants to storm into Spain’s North African exclave of Melilla.

According to the local authorities, nine migrants sustained minor injuries and were rushed to Fnideq’s hospital, of M’diq-Fnideq.

The authorities said over 90 others were arrested and handed to the security services, while the search continues to arrest the rest.