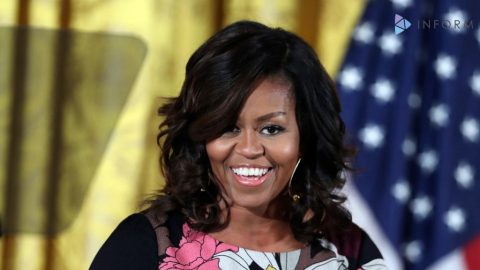 BALTIMORE, MD (AFRICAN EXAMINER) – A mayor of a town in the US State of West Virginia, Beverly Whaling has resigned after being caught in a controversy over racist comments against the outgoing First Lady Mrs. Michelle Obama.

Whaling was caught to have applauded a Facebook post referring to Mrs. Obama as an “ape in heels”.
She commented on the FB post, that the discriminating post had made her day, but later tactically backtracked, and claimed she was referring to the last week Presidential election outcome.

A petition calling for her resignation had gathered over 170,000 signatures. She is the mayor of the town of Clay, which has a population of just 491.

The town has no African American residents, according to the 2010 census. In Clay County as a whole, over 98 per cent of its 9,000 residents are white.

The FB post was originally by Pamela Ramsey Taylor, a local resident who runs a non-profit group in Clay County.

The post reads: “It will be refreshing to have a classy, beautiful, dignified first lady in the White House. I’m tired of seeing an Ape in heels.’’
“…just made my day Pam”, Ms. Whaling commented.

Following the offensive social media advance, Ms. Taylor had already been dismissed from her post.
Meanwhile, a statement from the council has conveyed apology to Mrs Obama, condemned the post and described it as “horrible and indecent”.