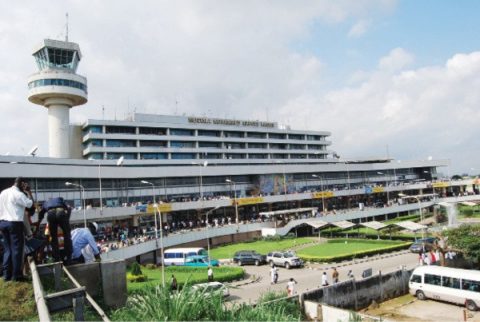 ABUJA, NIGERIA (AFRICAN EXAMINER) – The passage of the Medium Term Expenditure Framework (MTEF) and Fiscal Strategy Paper (FSP) preparatory to working on the 2017 budget, amendment of the Company and Allied Matters Act (CAMA) and the Universal Basic Education Act as well as the continuation of the Ministerial Briefing on the proposed closure of the Nnamdi Azikiwe Airport, Abuja, will dominate discussion at the three day plenary sittings of the Senate this week.

A peep into the notice paper released by the office of the chairman, Senate Committee on Rules and Business, Senator Baba Kaka Garbai indicated that following the decision to invite the Minister of Power Works and Housing, Mr. Babatunde Fashola (SAN), representatives of the company billed to handle the repair of the runway of the airport, Julius Berger, Minister of State for Aviation, Hadi Sirika as well as heads of the security agencies, discussions on the issue will continue on Tuesday.

Also on the same day, a motion on the state of affairs in the Internally Displaced Persons camps in the North-East zone following the recent successes recorded by the military in opening up the areas previously locked up by the Boko Haram insurgents will be discussed.

One of the issues on the Notice Paper slated for Wednesday, include the consideration of the Report of the Committee on Finance on the 2017 to 2019 Medium Term Expenditure Framework (MTEF) and Fiscal Strategy Paper (FSP), in accordance with the Fiscal Responsibility Act of 2007. The passage of the MTEF has held up commencement of work on the 2017 budget proposals which had earlier been slated for this week.

The Second Reading of the Bill to Amend the Compulsory, Free, Universal Basic Education Act of 2004, that is aimed at enforcing mandatory free education up to Senior Secondary School level is also slated for Wednesday alongside the Second Reading of an amendment to the Company and Allied Matters Act (CAMA), which pushes for the establishment of State Corporate Affairs Commissions that will be empowered to register business names.
The CAMA Bill is one of the 11 Priority bills aimed by the Eighth Senate to restructure the national economy and put it back on the path of job creation. The priority economic bills are being planned to be passed alongside the 2017 budget.

On Thursday, the Senate will continue its line-by-line consideration of the Report of the Committee on Independent National Electoral Commission (INEC), following the adjournment of debate on the issue during the December 6, 2016.

Also, another economic priority Bill, the Nigerian Ports and Harbors Bill of 2017, is listed on the Notice Paper for third reading. During the debate on the economy in September last year, the Senate noted that the operation and administration of Nigeria’s Federal Ports remains a major revenue-generating agency for the country.

In this regard, the Nigerian Ports and Harbors Bill was listed as one of the bills that could help implement transparency and accountability in the management and collection of revenues accrued from our ports.

Also on Thursday, a motion to address the alarm raised by one of the Senators that Boko Haram insurgents dislodged from Borno and Adamawa States are regrouping in Taraba State will be discussed and a position taken by the Senate on the issue.