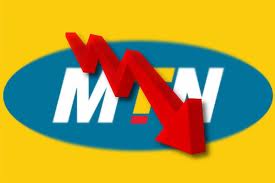 Three staff members of MTN have been dragged before a Lagos court for allegedly stealing the sum of N1. 358 billion belonging to company’s employees under the pretence of buying landed properties for them.

The accused are slammed with seventeen count charge boarding on obtaining money by false pretence, intent to defraud, forgery of signature and issuance of dud cheque.

The Economic and Financial Crime Commissions (EFCC) is prosecuting the case

According to the anti graft agency, the accused, about 8th of April, 2008 conspired to steal the sum of N77,000,000.00 (Seventy seven million Naira) property of MTN Employees Multi-purpose Cooperative Society (MEMCOS) being outstanding refund for 5hectres  out of 13 hectres of land that was purchased  for the society from Mutairu Baba Egbe Family.

Also, the accused on the 10th September, 2009, with intend to defraud, stole the sum of N516,697,340.00 (Five hundred and sixteen million six hundred and ninety seven thousand, three hundred and forty naira) property of MTN Employees Multi-purpose Cooperative Society (MEMCOS) being sum fraudulently claimed used to compensate early settlers in 26hecters of land amounting to 321 plots of land bought for the society from Jagun Opolu family.