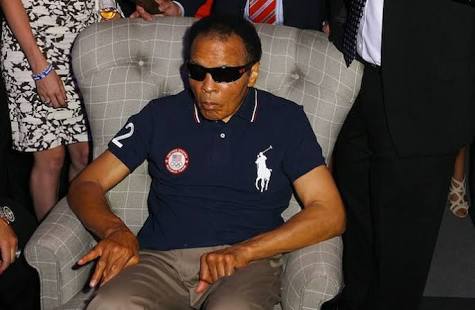 According to Dr. Lieberman who was with the boxer, until he breathed his last, confirmed that the last week was “particularly tough,” for Ali.

“It became apparent God wanted him and we all became reconciled to it.”

“Everyone in the back of their minds expected something bad was going to happen but you always hope you will beat the odds because he is someone who always beat the odds – he is not an ordinary person.

“He stood up for his beliefs and what he thought was right. He treated everybody from the humblest person to the biggest celebrity the same – which was fair.

“You could not believe how nice he was outside the ring compared to the way he was inside the ring. I lost a great friend”, Lieberman told BBC Radio Sportweek.

The Physician who is also a Director of the Muhammad Ali Parkinson Center in Arizona, faulted speculations that the disease solely responsible for Ali’s illness.

He argued: “I don’t think it helped but I think he developed it slowly over a number of years.

“People that develop Dementia Pugilistica are usually dead within three or four years – he’s had Parkinson’s for over 30 years.

“It started on one side, his brain looked relatively good on MRI scan, I can’t tell you boxing didn’t have a role but I think he had regular Parkinson’s disease.”

Lieberman recalled a story from many years ago when Ali visited an elderly man in a nursing home, who mistook him for another great boxer, Joe Louis.

“Muhammad said: ‘If it gave that old man pleasure to think he met Joe Louis – then I’m Louis.

“I think that summed up Muhammad, he was a great personality but really a kind person, with tremendous feeling of sympathy for people”, the Doctor further indicated.

On family, he confirmed that the late legendary boxer was supported by his family members throughout his illness.

However, he disclosed “his Parkinson’s got worse but he had a very devoted family who really treasured him and gave him as much quality of life as you could have”.

Ali, the three-time world heavyweight champion, battled with Parkinson’s disease for 32 years; died at age 74 from “septic shock due to unspecified natural causes” according to his family.