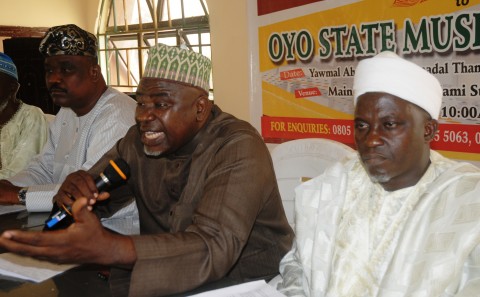 The Muslim Community of Oyo State (MUSCOYS) has dissociated itself from the resolution of the Yoruba leaders, saying they are not representing the overall interest of the Yoruba people. 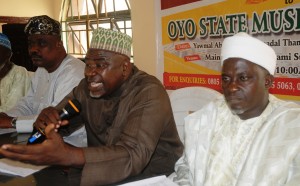 Addressing a news conference in Ibadan, the chairman of the Muslim Community, Alhaji Kunle Sanni said that those parading themselves as Yoruba leaders are not their leaders.

“How can you talk of Yoruba leaders in Yoruba land where at least 70 per cent of the population are Muslims without a single Muslim in their midst’’, Sanni asked.

He wondered how such Yoruba group, would leave out personalities like Alhaji Lateef Jakande, Chief Kola Daisi, Prof. Daud Noibi, Shuaib Oyedokun, Dr Jubril Martins-Kuye,  among others, from the proposed Yoruba Constitutional conference.

“These people have been going in and out of Aso rock to curry favours for themselves, not for the generality of the Yoruba.’’, He alleged.

He said that those championing the proposed Yoruba constitutional conference through a nebulous Yoruba agenda should be regarded as “Yoruba dealers and not leaders’’.

Sanni said that the public should disregard any resolution coming from the group, as they were not serving the interest of the Yoruba people let alone the Muslim Community in the Yoruba speaking states.

On the forthcoming national dialogue, Sanni said the Muslim Community concurred with the resolution of its parent body, the Nigerian Supreme Council for Islamic Affairs (NSCIA), which had described it as another jamboree.

He said since such conference was not sovereign in nature, there was no way it would have legitimacy without the approval of the National Assembly.

Speaking on the forthcoming Muslim Unity Day in Oyo state, Sanni said the assembly was to bring all Muslims in Oyo state together to discuss challenges facing them.

He said the gathering would also be used to sensitise the Muslims on the importance of paying Zakat, without which the Muslim Community could never get the resources to meet all the challenges facing it.

It would be recalled that the Yoruba Constitutional Conference group under the auspices of Afenifere Renewal Group (ARG), Coalition of O’dua Self Determination Groups (COSEG), O’dua National Coalition (ONAC) met in Ibadan on Wednesday on Yoruba Agenda.