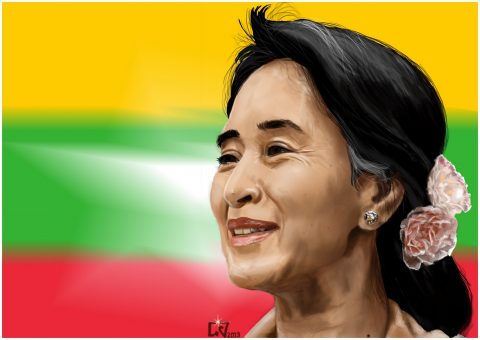 No fewer than 379,000 Rohingyas have fled to Bangladesh since violence began late last month. Presently, the entire villages have been burnt down.

In contrary, the Myanmar’s military says it is fighting Rohingya militants and has denied reports that it was targeting civilians.

The Rohingya, a mostly Muslim minority in Buddhist-majority Rakhine, have long experienced persecution in Myanmar, which says they are illegal immigrants. They have lived in Myanmar, also known as Burma, for generations but are denied citizenship.

The UN Security Council is due to meet today (Wednesday) to discuss the crisis.

The organization’s refugee agency has lamented that enough aid is getting through to the Rohingya who have fled to Bangladesh.

On visit to a camp, the UNHCR’s George William Okoth-Obbo called for massive increase help for the refuges.