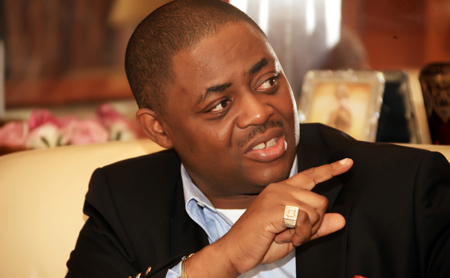 A Federal High Court sitting in Lagos on Thursday ruled that only the Lagos based lawyer, Mr Festus Keyamo is vested with the power to prosecute former aviation minister, Femi Fani-Kayode adding that such powers cannot be re-delegated. 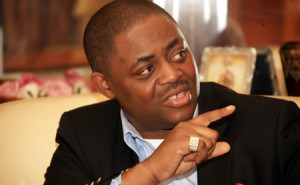 Justice Rita Ofilli Ajumogobia, while delivering the judgment in an address filed by lawyers in the suit on the propriety of prosecution by the chambers of Messrs Festus Keyamo, maintained that the fiat of the Attorney General of the Federation (AGF) was personally delegated to Keyamo, and not to any other person.

The court further ruled that since the power to undertake prosecution of the accused was vested on the “individual, Keyamo” and not on his chambers, such authority cannot be delegated to another.

According to Justice Ajumogobia, “It is the decision of this court that the fiat of prosecution in this case, was delegated personally to Mr Festus Keyamo and not to his chambers.

“The appearance of Mr Vitalis Ahaotu in the suit, is an anomaly since he does not possess any fiat. Keyamo is therefore the rightful person to undertake prosecution of this case, I so hold.”

The former minister was dragged to court by the Economic and Financial Crimes Commission (EFCC), through Keyamo on an amended 47-count charge bordering on money laundering.  Justice Ajumogobia adjourned the matter till January 27, 2014 for continuation of trial.