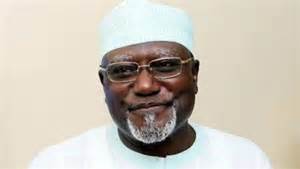 (AFRICAN EXAMINER) – The immediate past Director General DG of the Department of State Security DSS Mr. Lawal Daura who was arrested and detained following the siege laid at the National Assembly Tuesday by the DSS men has reportedly been released.

Acting President Prof. Yemi Osinbajo ordered Daura’s sack as the siege which lasted for about six hours was said to have been executed by the sacked DSS boss without the Presidency’s knowledge.

Daura was reportedly released Wednesday evening from a Guest house run by the State Security Service in Gwarimpa area of Abuja where he had been placed on house arrest since Tuesday.

Despite his release, Daura’s international passport has been seized and is being put under surveillance by the Government.