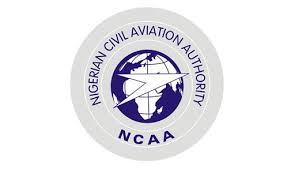 The Aviation authority warned domestic airline operators to avoid cancellation of flights, delayed and deferred maintenance of aircraft and other infractions that constitute a threat to air safety.

Reading the riot act to operators, acting Director General of NCAA, Benedict Adeyileka, said that the authority will not hesitate to clamp down on defaulting airlines.

Adeyileka maintained that NCAA issued the certificate to AZMAN Air Services after two years of scrutiny into the documents and manuals of the airline in line with the prescribed requirements.

The NCAA DG said beyond the issuance of the air operators ‘ certificate to the airline, its owners must pursue air safety and consumer satisfaction, if it wants to remain in sustainable business.

The era in which domestic airlines violate passenger rights through delayed flights and unnecessary cancellation, Adeyileka said would no longer be tolerated by the regulatory authority.

He said the airline must at all times pursue the safety of its operations as a primary responsibility, warning that any airline that has a questionable safety record would be banned.

In his word, “Any airline that NCAA and its officials cannot fly will not be allowed to operate. Such airlines will be banned.

“This is the reason all domestic airlines must ensure they have adequate spares for aircraft maintenance, avoid flight delays and unnecessary flight cancellations. The NCAA will not grant any extension for crew licence approvals and aircraft maintenance. It must be noted that NCAA inspectors do not issue air operators ‘ certificate.”

The NCAA boss cautioned against non-remittance of five per cent ticket sales charge the authority is statutorily empowered to collect from airlines, affirming that prompt compliance of such payment would be tied to renewal of crew licences and renewal of certificate of airworthiness of the airline.

He urged the managers of AZMAN Air Services to learn from the experiences of other operators, by being proactive in handling issues that would not amount to poor planning.

Such shoddy planning, he said leads to emergency situations that the NCAA would not tolerate.

He urged AZMAN Air services to comply with all safety rules and regulations, even as he said the airline should define their market share by exploring many routes that appear very dormant.

“Bad planning by any airline does not constitute to an emergency for the NCAA. It is for this reason that NCAA has opened lines of communication to resolve all issues that would arise including safety and consumer protection. What is important is how this process is managed. To keep safer skies operators must continue to pursue safety as a collective responsibility.”

In his remarks, the president of AZMAN Air Services, Adbulmunaf Yunusa, said the path towards achieving the certification was tortuous.

He explained, “It is a day of celebration, having successfully accomplished the tedious and gruelling process of certification that the company embarked upon since 2011. The process we have gone through is a comprehensive well designed and crafted programme that is geared towards the provision of safe reliable and efficient airline services in Nigeria.

“No wonder there are not many investors who are interested in aviation, as a sector that is risky, competitive and hugely capital intensive.”

He said the mission of the airline was to create opportunities for a viable and robust aviation sector that empowers players to create jobs for youths.

He said the airline had trained over 74 young men and women to pursue various aspects of aviation at the college in Zaria.

The company, he said had trained various cadre of technical crew in training facilities within and outside the country.

He said: “We shall soon commission our training facility to conduct training for our staff and others under the purview of the NCAA.

“But, to ensure a robust aviation sector, you need to make the environment enabling by providing incentives.

“The major factors affecting and bedevilling the development of the aviation sector is the absence of a support system that would address the numerous problems faced by operators.

“To develop the sector, government should provide incentives through the provision of maintenance infrastructure, training of personnel, finance and others.”