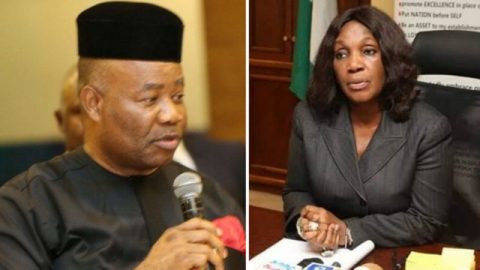 Reports say Joy Nunieh was supposed to testify before a house committee as part of the ongoing probe against NDDC on Thursday, July 16 but was prevented from leaving her home by policemen who stormed her apartment in the early hours on Thursday in Port Harcourt.

African Examiner reports that Nunieh had made several allegations against the Minister of Niger Delta Affairs, Godswill Akpabio, whom she accused of corruption and sexual harassment.