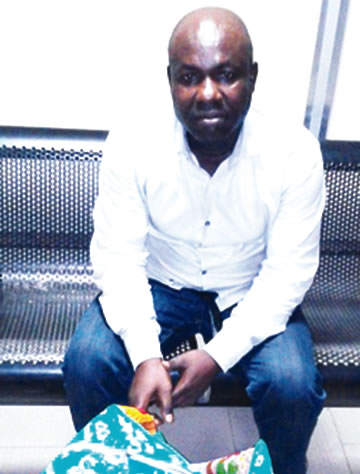 The National Drug Law Enforcement Agency (NDLEA) said it has arrested one Odeyemi Ademola Ayodeji, 51, for attempting to smuggle 3.870kg of substances that tested positive for methamphetamine to Nairobi, Kenya. 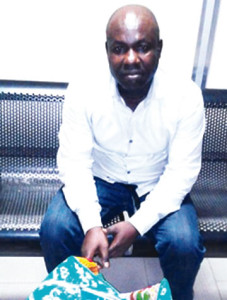 NDLEA in a press statement said the arrest took place at the Murtala Muhammed International Airport, Lagos during outward screening of passengers on a Kenyan Airways flight.

Methamphetamine often called Ice or Meth is a crystal-like powdered substance that sometimes comes in large rock-like chunks. It is odourless, bitter-tasting and dissolves easily in water or alcohol.

NDLEA Commander at the Lagos Airport, Hamza Umar, stated that the drug was found inside the luggage of the suspect.

“One Odeyemi Ademola Ayodeji, was arrested with 3.870kg of methamphetamine. The drug was packed in white transparent polythene and hidden inside his bag containing soup ingredients like pepper, melon and crayfish” Hamza stated.

In his response Chairman/Chief Executive of the NDLEA, Ahmadu Giade, called for stiffer punishment to deter people from drug trafficking.