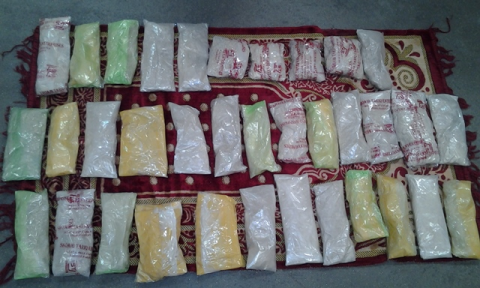 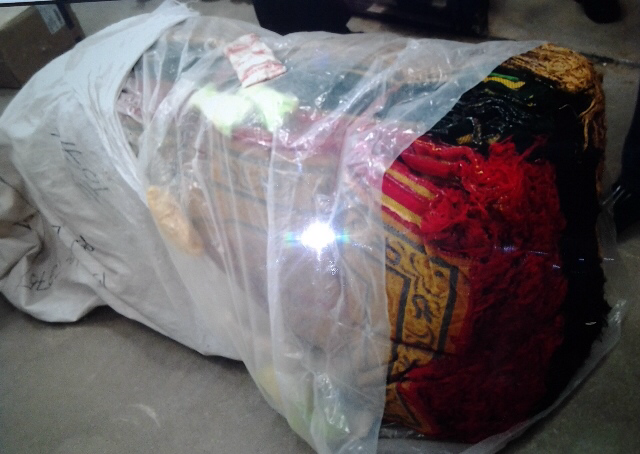 The imported Rug before it was searched 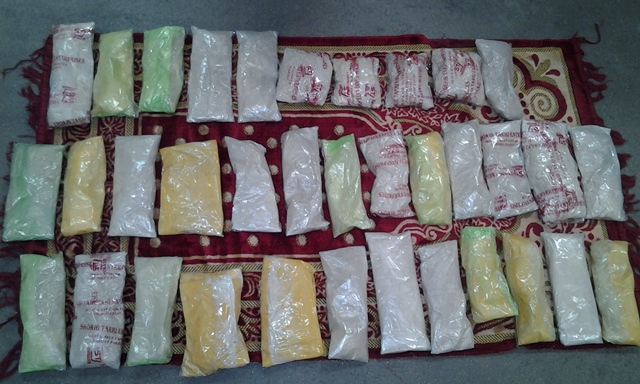 The imported Rug after it was searched by NDLEA 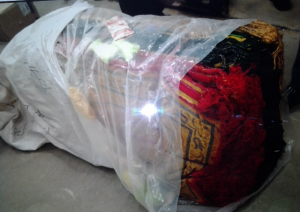 The imported Rug before it was searched

The drug was hidden inside praying rugs imported from Pakistan, at the Murtalla Muhammed International Airport (MMIA) Lagos.

African Examiner gathered that Narcotic officers of the NDLEA discovered the drugs during inward screening of cargoes on Qatar Airline flight.

Airport commander, Mr. Hamza Umar said that the examination of the consignment was done in the presence of other security agents.

“The consignment was given 100 per cent physical examination in the presence of customs and other security agents.

“During the search, we found thirty-five (35) sachets of brown powdery substance that tested positive for heroin concealed inside praying rugs” he said. 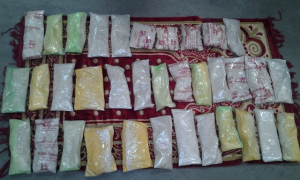 The imported Rug after it was searched by NDLEA

Meanwhile, the Chairman and Chief Executive of the Agency, Ahmadu Giade said that Nigeria is winning the drug war against all odds.

He said: “Nigeria is winning the anti-narcotic crusade against all odds. Drug cartels only abandon their drugs when the operating environment is inclement. This is a sign of effective security checks, which is good for the country.