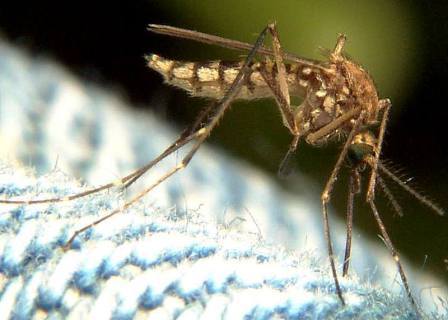 LAGOS, NIGERIA (AFRICAN EXAMINER) – The Muslim Rights Concern (MURIC) has called the attention of the Nigerian authorities to the malaria scourge which is causing a lot of havoc across the country, particularly among the poor.

In its new year (1440 AH Lunar calendar), MURIC lamented that the  lives of the poor are wasted simply because they cannot afford even as little as five hundred naira (N500 only) to buy drugs at the early stage of the malaria symptom before their situation worsens.

The group in a statement issued Monday in Lagos by its Director, Prof. Ishaq Akintola noted: “Though malaria is not peculiar to Nigeria alone as it affects about 3.3 billion people or half of the world’s population in 106 countries, Nigeria’s case is pathetic because we have the money to give malaria a good fight but corruption, greed and avarice will not allow our leaders to allocate enough funds to the struggle.

“Just 1% of the Nigerian population arrogates 85% of the country’s wealth to themselves, leaving a paltry 15% of our wealth to the remaining 99% of the population. Nigeria is a monumental tragedy when it comes to the distribution of wealth. The budgetary allocation to the heath sector year after year falls short of the 15% recommended at the African Health Summit in Abuja more than ten years ago. Our lawmakers are not worried so long as they make part of the 1% of the population who are oppressing the hoi polloi.

“As a result of the lackadaisical and selfish attitude of the political class to public health care, malaria is now a risk for 97% of Nigeria’s population. There are an estimated 100 million malaria cases in the country today. Malaria kills more than 300,000 poor people every year in this country and it contributes to an estimated 11% of maternal mortality” the organization established.

It therefore appealed to the Federal Government of Nigeria (FG) to give Nigerians free malaria treatment.

MURIC reminds Nigerians that it has requested that FG should declare Hijrah day as a holiday, noting that the request was made on January 3, 2018. It recalled it was not the first time MURIC and other Islamic organizations have been making this demand for decades but successive administrations continue to ignore it.

“We also issued a reminder statement last week Thursday 6th September, 2018 but nothing happened. FG kept mute. Several Islamic organizations also made the request last week. Yet there was no response. This same government will declare the first day of 2019 (1st January 2019) as a holiday to our chagrin.

“We are gradually making a case against FG. This country is heavily Christianised. The paraphanalia of government are being used to favour Christianity only. Muslims are ignored. It is treatments like this which cause disaffection. Muslims are not terrorists. We are using peaceful means to demand our Allah-given fundamental rights now but government continues to ignore us.

“It is the insistence of those in position of authority to continue on the path of deprivation and violation of the rights of Muslims which gives extremist elements the chance to vent their spleen. This is what often leads to violence. We assert that justice is the soul of peace. Nobody who denies one can get the other’’ the group declared.

The organization insists that FG should declare a new policy of free malaria treatment for all Nigerians, also demanding that the government should start working on modalities for declaring every first day of Muharram (Hijrah Day) a holiday in Nigeria as from 2019.