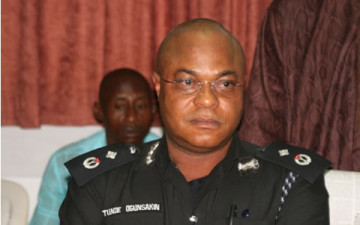 The new Commissioner of Police (CP) in Rivers state, Mr. Johnson Ogunsakin, has declared that political rallies in the state remain prohibited in compliance with Section 99 (1) of Nigeria Electoral Act. 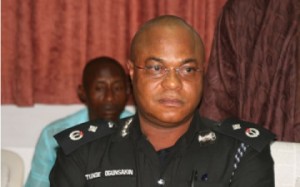 He restated this Tuesday during his maiden meeting with political party leaders, especially those of the peoples Democratic party PDP and All progressive congress APC in the state held at the Police Officers’ Mess, Forces Avenue, Old GRA, Port Harcourt, the Rivers state capital.

The CP had during the meeting explained that, according to the Electoral Act, the period of campaigning in public by political parties should commence 90 days before polling day and end 24 hours prior to that day.

He added that any political association, pressure groups or person (s) intending to hold any gathering in the state ‘must’ give the Police five days notice, so as to enable it provide adequate security and protection.

Hear him: “It is imperative to mention that there is need for strict adherence to the rule of law by all persons in the daily conduct of their activities, so as to ensure that there is peaceful co-existence in the state.

“For the avoidance of doubt, political rallies remained banned in all parts of the country in compliance with Section 99 (1) of the Electoral Act.

“It is important to emphasize that the duty to provide adequate security is imposed on me by Section 94 (1) of the Electoral Act, which states as follows: ‘For the purpose of the proper and peaceful conduct of political rallies and processions, the Commissioner of Police in each state of the Federation and the Federal Capital Territory, Abuja, shall provide adequate security for processions at political rallies in the states and the Federal Capital Territory, Abuja”.

The Rivers police chief, also stressed that, as the state law enforcement officer, he had the duty “to enforce the law, maintain peace and order in the state to ensure a crime-free society, so that there would be peace and order across the length and breadth Rivers State, for the ultimate purpose of enabling good governance and peaceful atmosphere conducive for economic activities”.

Ogunsakin, however, advised political parties in the state to carry out their activities with decorum, and conduct themselves within the ambits of the laws.

“It is better you carry out your political activities in an atmosphere devoid of rancour and acrimony. You must all conduct yourselves within the ambits of law”.

Meanwhile, Some of the party leaders and representatives, who spoke during the meeting, appealed to the new CP to be non-partisan unlike his predecessor, Joseph Mbu, whom they alleged took sides with the PDP throughout his stay in office.

The politicians however, urged the CP to give equal opportunity to all parties, irrespective of their names.

In his remarks, the state chairman of the Peoples Democratic Party (PDP), Felix Obuah, urged the Police to “protect the interest of Rivers people, and not political parties”, pledging their readiness to work with the force.

Also, speaking, the state interim chairman of the All Progressives Congress (APC), Ibiamu Ikanya, while appealing to the Police to display professionalism and fairness, said hoodlums, who disrupt political activities should be prosecuted irrespective of their political affiliation.