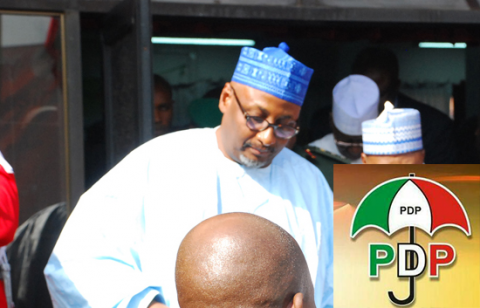 In less than a year to February 14, 2015 Presidential/National Assembly elections which will kick start 2015 general elections and governorship/ House of Assembly elections set to hold on February 28 as contained in election time-table announced by Independent National Electoral Commission (INEC). 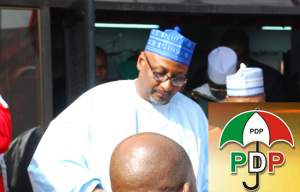 The ruling Peoples’ Democratic Party (PDP) is putting its House in order to strategize on how to emerge victorious in 2015 general elections.

The ruling PDP with exit of Alhaji Tukur as Party National Chairman, who tenure was marred by defection of five PDP governors, 37 PDP members of Federal House of Representative and other prominent members of the party in protest of dictatorship rule of Tukur and failure of President Goodluck Jonathan to honour his agreement for single term deal, as political watchers believe is matter of time that President Jonathan will soon declare his ambition to run for second term in office.

The PDP with threat by APC to take over leadership of National Assembly due to Mass defection of PDP members to APC which gave the leading opposition party majority status in House of Representative as at January and plan mass defection of 22 PDP Senators to APC, thereby putting APC in majority with 59 members out 109 Senators. The PDP Governors Forum led by Governor Godswill Akpabio of Akwa Ibom state and PDP Board of Trustees were left with no option than to persuade former PDP Chairman Bamagar Tukur or face suspension just to save the party and reposition the ruling party ahead of 2015 general elections.

Tukur later agreed to step down in the interest of the party and tender his resignation letter to President Jonathan who presented the letter PDP Secretary Dr Wale Oladipo during the party NEC meeting in January 2015. Former governor of Bauchi state Adamu Mu’azu after wide consultation emerged as new PDP National Chairman with the mandate to reconcile all warring parties and unite PDP to boost their chance in 2015 elections.

Consequently, the PDP has regained majority position in House of Representatives and Senate President, David Mark is bent on frustrating attempt of 11 PDP senators to decamp to APC while former governor of Sokoto state, Attahiru Bafarawa and ANPP Presidential flagbearer, Mallam Ibrahim shekarau have decamped to PDP attributing their defection to injustice as APC National leaders handed over party structure to PDP governor than joined APC in November, 2013.

However, President Goodluck Jonathan is strategising to remain in Aso Rock VIlla beyond May 2015. The President recently visited traditional rulers in APC stronghold to seek their support for his government. He visited Emir of  Kano, Abubakar Bayero, Ooni of Ife, Oba Okunade Sijuade, Aalafin of Oyo, Oba Lamidi Adeyemi and Oba of Lagos, Rilwan Akinolu just in one day.

Political analysts believe that the nomination of Senator Musiliu Obanikoro is any avenue to mobilize lagosians support for Jonathan while Nigerian Ambassador to China, Ambassador Aminu Wali was recall to tackle Kano state governor, Rabiu Kwankwaso who defected to APC last year and former Adamawa state governor and a strong Atiku loyalist, Boni Haruna was appointed to work for president interest in Adamawa.

Gbemisola would replace ousted Minister of sports, Bolaji Abdulahi for his loyality to Senator Bukola Saraki, who defected APC early this year. Peter Obi who was elected as Chairman Board of Trustees of APGA would appoint pave way for Jonathan endorsement by APGA in 2015. It would be recalled that President Jonathan commended Obi for his loyalty and support for his administration,he urged other governors to emulate him. While Shekarau appointment aim at reducing Rabiu Kwankwaso popularity in Kano state.