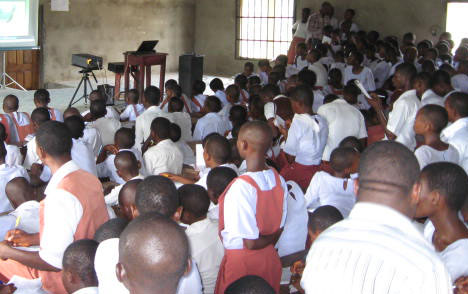 Worried by the alarming negative effect of cigarette smoking in Enugu state especially among the youths, a non government organization, Life Advocacy Against Unhealthy Social Vices Initiative says it has concluded plans to set up anti tobacco clubs in primary and secondary schools in the state. 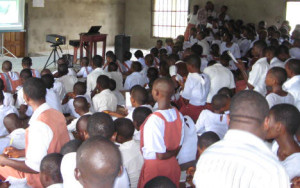 Speaking to newsmen Thursday in Enugu during an anti tobacco smoking awareness campaign event, founder/ CEO of the NGO, P.JED Nnaji stressed the need for all and sundry especially the media to join hands together in fighting the menace.

He said the organization, will collaborate with the Enugu state government in carrying out the exercise in both public and private schools in the area, noting that cigarette smoking had really done serious harm to scores of youths in Nigeria, including those of Enugu state.

Nnaji, who appealed to the media to join him in the campaign, said research had shown in recent times that most deaths being recorded in Nigeria hospitals are linked to smoking related diseases.

He therefore, advised youths in Enugu state and Nigeria in general to always resist the temptation of forming smoking habit, saying if cultivated, is capable of sending them to their early graves.

The NGO boss, also hinted that arrangements have been sealed for the sensitization tour of all the six academic zones in Enugu state, beginning from Monday, February 17, 2014.

He added that during the tour, the anti smoking clubs will be inaugurated in all the schools visited.

In his remarks, the special Adviser to the Enugu state Governor, Sullivan Chime, on youth mobilization and empowerment, Dr. Barth Ezeugwu, said the Enugu government is proposing an executive bill in the state house Assembly aimed at banning smoking in public places, the kind of bill currently in force in Lagos state.