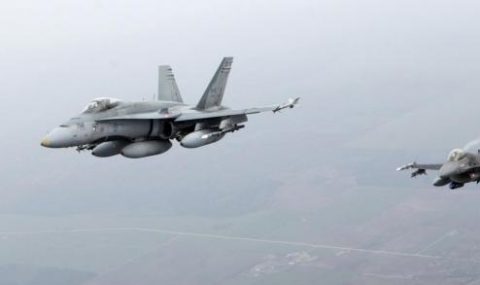 Those conditions include the 2020 transfer date for the aircraft and that Nigerian technicians will not be trained by U.S. staff, be part of maintenance crews, nor can they study the production of the planes, he told reporters at a briefing in Abuja.

The sale of the planes has been dogged by controversy. Under Barack Obama, the former U.S. president, the aircraft deal had been held off due to concerns about the Nigerian military’s human rights abuses. In one instance, up to 170 people died last January after the air force bombed a refugee camp in the northeastern town of Rann.

In December, Nigeria’s air force said the deal had been formally agreed.

Dan Ali did not say whether the disagreement over the conditions would affect the air force’s February 20 target for the final agreements to be signed and initial payments made.

“These conditions we will not accept,” he said. “[Nigeria’s] security council has approved the purchase of the aircrafts but some of the conditions America gave us are stringent. We will discuss reducing the conditions with the American ambassador, [and] payments will be made when the conditions are reduced.”

A spokesman for the U.S. embassy in Abuja did not immediately respond to phone calls or an email seeking comment.

The sale of the 12 aircraft, with weapons and service, includes thousands of bombs and rockets.

The propeller-driven plane with reconnaissance, surveillance and attack capabilities, is made by Brazil’s Embraer.

A second production line is in Florida, in a partnership between Embraer and privately held Sierra Nevada Corp of Sparks, Nevada.

The Super Tucano costs more than $10 million each and the price can go much higher depending on the configuration. It is powered by a Pratt & Whitney Canada PT 6 engine./voa