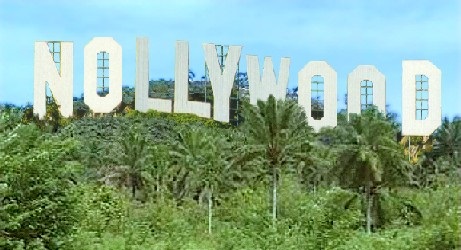 Entertainment industry in Nigeria, which include; Nollywood, Music, Comedy and others, no doubt is fast becoming African largest Show Biz Arena with stakeholders smiling to banks everyday.

However, the political stability in Nigeria is a plus for entertainers as some of them are embracing politics. For example, Yoruba Actor, Hon Rotimi Makinde is now in Federal House of Representative, Abuja as member representing Ife federal constituency, Ace nollywood actor, Richard Mofe Damijo is a serving commissioner in Delta state, Comedian Okechukwu Anthony Onyegbule (a.k.a) Okey ‘Bakassi’ served as Special Adviser to Imo state governor from 2008 to 2011 and host of others are now actively involved in politics.

Some entertainers despite the nature of their business, which they must be friend with everybody, openly declared for political parties or candidates during elections. Fuji musician, Wasiu Ayinde K1 always inform anybody the cares to listen that he is a card carrying member of APC, the leading opposition party in the country. He is the official musician of the party in south west and recorded campaign songs for APC governors.

While others attend political rallies on the bill of politicians to attract their fans to such event. PDP governorship candidate for Osun election, Senator Iyiola Omisore invited self acclaimed paramount king of Fuji, Abass Obesere to his campaign launch in Osogbo and the event attract huge crowd that got APC jittery.

In the build up to 2011 presidential election, President Goodluck Jonathan mobilized nollywood stars and hiphop artistes for his campaign.

Dapo Oyebanjo, D’banj takes the lead role as his composed popular campaign song titled ‘my friend Jonathan’ for president. He even interviewed President Jonathan on behalf of Nigerian youths. Although, many Nigerians queried his selection for the role and his performance amazed youths as D’banj keep nodding during the interview instead of asking follow-up questions.

Nigerian Entertainers are on the move again, majority of them are now being featured in advert highlighting President Jonathan achievement so far. May be this is the pay back time for Jonathan’s N3 billion grant approved for Nollywood.

The questions that continue to linger in my mind are; would all their fans vote for the candidates entertainers endorsed for election? Would their fraternity with politician hurt their popularities? Are they doing it for business’ sake?

Anyway we are enjoying your good work; continue to make Nigeria proud in global stage.

Thank you for reading, join me next week for another interesting package and have a fun filled Sunday.