Nigerian Universities And the Desecration of Academic Procedures 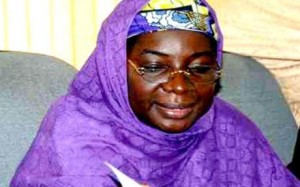 Academic processes and procedures have been bastardized by many universities in Nigeria. I mentioned in the preceding piece ‘Nigerian Universities and the Bastardization of Admission Processes’ that the decay in the admission processes  started from the early nineties.

The same period witnessed so much strike that academic activities were flippantly suspended. I spent five years in the university for a four- year programme and  witnessed three Academic Staff Union of Universities(ASUU )strikes in my 2nd, 3rd and 4th year led by Dr Attahiru Jega and Dr Assisi Asobie  plus ‘Babangida Must Go’ riot which led to closure of universities.

Cumulatively extra thirteen months were added to the academic calendar. Thus the first bastardization of academic processes and procedures is the frequent disagreement between government and lecturers leading to industrial disputes . Whenever the disputes are suspended, students get rushed through examinations without adequate notice resulting in mass
failures and carry over.

Due to frequent strikes, some idle students gets involved in vices ranging from rape to murder, cultism, drunkenness, drugs,robbery, fraud and when academic activities finally resumes, these behaviorally downgraded students pollutes the already tensed academic environment with their new found vice, fostering cultism  and criminal activities on campuses.

While the vice ridden campuses constitutes academic nuisance, the activities of lecturers who constantly harass female students with sexual advances is another form of academic bastardization. These female students especially the cute, sexy and kinky among them are deliberately failed in examinations so that they will surrender their under wears to the lustful teachers. Those that refused to submit their bodies are deliberately kept on campuses while their colleagues graduate till they recant their stiff neckedness.

In July 2013 female students of Creative Arts Department of University of Lagos were so abused by the sexually rampaging lecturers that they had to go on public protest to preserve their cherished womanhood. They urged the Vice Chancellor, Prof. Raheem Bello, to investigate the allegation and bring the culprits to book. During my time as a student union leader, I took up such issues with the university authority severally though those who indulge in it then do so more discreetly-now it is openly solicited.

In addition to sexual harassment, there is the problem of truant lecturers who abandon their academic tutorship to gallivant around for other businesses. This truancy is noticeable in schools in Abuja, Lagos, Port Harcourt and other first generation universities domiciled in cities where various political, business and social activities abound. These gallivanting lecturers appear in the lecture hall sometimes once or twice per semester, issue handouts and disappear again.

The students end up hearing and knowing nothing especiallly in technical related courses, engineering, accounting and sciences .I have had course to jokingly ask some senior lecturers and professor friends of mine whether they actually see their students, especially from the manner they absent themselves during academic seasons.

Coupled with the truancy of lecturers is the issue of falsification of results in the examinations records registry. Some students have learned the act of influencing workers at the exams registry so that results could be falsified to upgrade their low academic status. In March 2013, Abia State University had to withdraw an academic degree they issued a former governor of the state because according to them, it was irregularly awarded.  Sometime around 2009 authorities of a university in Benin discovered that their computerized registry has been compromised. Some fraudsters actually inserted names of non existent students into the system and were awarding results to them at every turn. When this computer manipulation was discovered, the school sought the assistance of a US owned IT firm in Abuja and that was when I knew about the issue. The school was advised to install Oracle database and run it on Linux platform.

There is the Education Tax Fund (ETF) which requires that every corporate firm pays 2% of their profit towards the education fund. In 2011 a new  act established the Tertiary Education Trust Fund (TETFund)  requiring corporate firms to dedicate 2% of their realizable profit to tertiary education. In 2012 alone, FIRS remitted N183 billion naira to ETF . Where is the impact of 183 billion naira collected in 2012 by ETF on the nation’s tertiary education system. ETF could transform university education by applying these funds towards provision of hostel accommodation, lecture halls, research support, library etc. There is also the annual education budget from the presidency to augment, all these are enough to improve the quality of educational services in Nigeria . This Education Trust Fund has over the years been a chess pool of corruption and the funds used to settle politicians and party loyalists with fictitious spending.

All this turns the student’s academic life cycle into a bundle of turbulence and the processes serially bastardized. One of the attractions of some private universities in Nigeria is the stability of academic  procedures. Thus parents could predict when their wards would graduate from school. There is also low incidence of sexual harassment, truant lecturers and incompetent ones who have refused to upgrade their knowledge base are weeded out. However, the gain of some of these universities is countered by the exorbitant cost of enrollment. Highly rated Covenant University, Otta, owned by Winners Chapel charges about N520, 000 per session as at 2013 and many cannot afford such per head-though the church  offers scholarship to some of their members to study there. Therefore, the poor will have no option than to contend with the decayed system.

The Nigerian student suffers a plethora of adversities which makes them unable to grasp the much intended knowledge transfer. Little wonder many of them cannot defend their certificates anywhere. I have had course to interview and discuss with groups of fresh accounting graduates desirous of jobs and was shocked that a some of them have not grasped the basics of Double Entry Book Keeping, while more cannot perform simple Bank Reconciliation Statements. Seeking explanations on management accounting issues like Break-Even Analysis, Cost-Volume-Profit Analysis  would get them stare at you as if you are  Hollywood film actor and you dare not probe further to seek computations of Discounted Cash Flows( DCF), Net Present Value(NPV), Internal Rate of Return (IRR) , Equivalent Annual Cost (EAC) all of which are elementary to capital budgeting techniques. Asking them to prepare detailed cash budgets or cash flow analysis for a given period is akin to asking too much. This sorry state made lots of companies to spend millions in retraining their personnel before they could undertake simple tasks. The students are simply being denied
the environment to grow in knowledge.

The Nigerian Government should declare a state of emergency on tertiary education. They should sanitize the processes of gaining admissions and regularize the academic procedures to disenfranchise truant lecturers, checkmate academic victimization and sexual harassment. The lecturers should be provided the enabling environment to undertake serious academic experiment. Staff of the Universities should be adequately remunerated to reduce incidence of abandonment of duty. The academic community should have upper hand in who become the Vice Chancellor and the University Visitor, whether president or governor, should minimize interference.

Constant exorbitant increment in school fees by government funded universities should be discouraged.Further embezzlement of ETF funds should stops and government must ensure that this fund is applied to aid tertiary education and end the bastardized academic procedures in Nigerian universities.