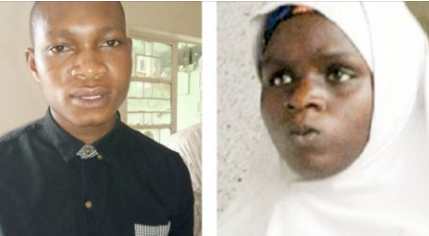 (AFRICA EXAMINER) – President Muhammadu Buhari’s Personal Assistant on New Media, Bashir Ahmad, has come under criticism on Twitter for promising one of his followers that he will use his influence to help Yunusa Dahiru upturn his court conviction.

As it could be recalled, the court in Bayelsa ruled that Yunusa Dahiru will spend time in jail since the court found him guilty of illicit sex, sexual exploitation, child trafficking and unlawful carnal knowledge of Ese Oruru.

However, some persons believe that the judgement on Dahiru was unfair and one person actually reached out to the presidential aide to do something about it.

He replied the Tweeter user in Hausa, the presidential aide stated: “My brother, I do not have the power to do anything against the judgment of the court, but I will try to contact those whom I think are capable.”

This statement from Bashir generated lots of backlash from other tweeter users.

Having realized the implication of his statement, Bashir tweeted again saying: “I commented on the Yunusa Yellow saga earlier, without knowing and understanding the details of the case. Eloping or rather, kidnapping a minor and forcing her to marry you shouldn’t be taken lightly. A condemnable act!”