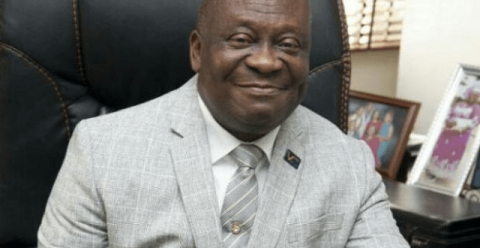 (AFRICAN EXAMINER) – Ever since the news broke out that President Muhammdu Buhari has approved the termination of the appointment of former NECO Registrar, Charles Uwakwe, and four others because of financial impropriety, some Nigerians on twitter have taken to the micro blogging platform to react on the news.

Recall that Charles Uwakwe, who was on suspension since 2018 over financial mismanagement and abuse of office was dismissed with four other members of NECO management.

“After due consideration of the investigative panel on the allegation of unsatisfactory conduct levelled against you and some management staff of the council, Mr President in the exercise of his powers has approved your removal as the Registrar and Chief Executive Officer of National Examinations Council with effect from the date of your suspension from duty,”  the Permanent Secretary in the Federal Ministry of Education, Sunny Echono stated.

Whiles some Nigerians are of the view that NECO has outlived its importance, as many of the people in the ivory towers do not care about the country and as such should be scrapped, stressing that the issue of financial impropriety is very rampant with NECO, JAMB as “animals always swallow money ” in those organisations.

Others brought in the presidential academic credentials into the mix, stressing that he couldn’t have sacked the registrar because of that and  some were quick to point out that the replacement for Charles Uwakwe must be an Hausa man pointing out nepotism in government appointments.

@AyeMojubar tweeted: “What a wonderful world and a strange country! A man that cannot provide his sec. school certificate sacked NECO registrar? What a shameful country with shameful voters. The new NECO registrar will be a Fulani man. No be today.”

Nelson (@NelsonAdeniji) Tweeted: “I think we can do better in this country. Must you mismanage? If y’all not thinking about your reputation, what about your generations? I stand against corruption #neco.”