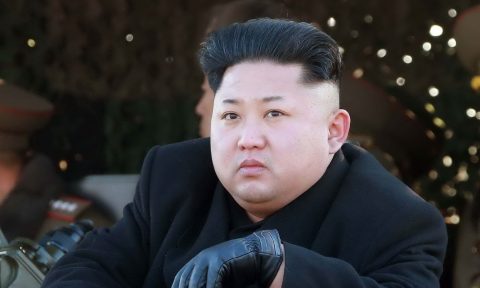 NEW YORK, US (AFRICAN EXAMINER) – North Korea has described verbal attack by the US President Donald Trump describing it and Iran as ”rogue nations” as ”the sound of a barking dog”.

The North Korean Foreign Minister Mr. Ri Yong-ho’s made the reply in the first official response of the Asian country.

Trump in his address Tuesday at the ongoing UN General Assembly Debate threatened that his country would ”totally destroy” North Korea if it posed a threat to the US or its allies.

The crux of verbal war is development of nuclear and weapons programmes by North Korea in total defiance to UN ban.

Mr. Ri told reporters near the UN headquarters in New York: “There is a saying that goes: ‘Even when dogs bark, the parade goes on’.”

“If Trump was thinking about surprising us with the sound of a barking dog then he is clearly dreaming” Ri stressed.

Trump in his speech told the UN: “Rocket man is on a suicide mission for himself and his regime.”

When asked about his reaction to this, Mr Ri replied “I feel sorry for his aides.”

Mr. Ri is billed to make a speech to the Assembly on Friday.

Meanwhile, South Korea announced Thursday that it would send fresh humanitarian aid to the North for the first time in nearly two years.

The decision comes days after the UN approved new sanctions against Pyongyang, restricting oil imports and banning textile exports – an attempt to starve the North of fuel and income for its weapons programmes.

Experts have submitted that North Korea has made surprisingly quick progress in its development of long-range missiles and nuclear weapons.

The UN sanctions came in response to the latest nuclear test by North Korea on September 3, 2017.