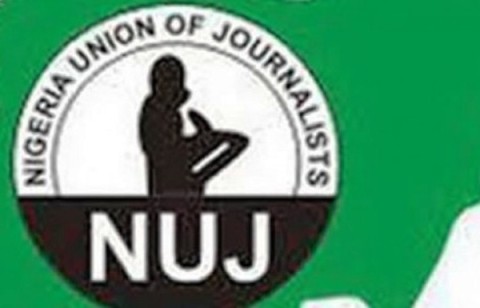 NUJ National President, Mallam Mohammed Garba, who pronounced the opposition during a press conference in Enugu, submitted that the new rule amounted to “unbridled censorship and gagging of the media”. Similarly, he argued that the policy was targeted at opposition political parties; a development he posited was dangerous to the nation’s nascent democracy.

Mallam Garba declared further, “This is an issue that is going to affect the broadcast media in Nigeria, therefore, consider it to be a calculated attempt to muscle and gag the media…” stressing that the union would ensure that the attention of the government is brought to the new NBC policy.

NUJ President stated that after going through the circular containing the new rule, concluded that it was “retrogressive and unjustifiable”, adding that the union was convinced that the public interest rational and clearly states that the broadcast stations should ascertain the needs of the people and provide program services to foster public understanding of issues, noting that how this would be achieved was clearly at the discretion of the various broadcast stations and not the NBC.

“While the NUJ agrees that every broadcast station must conform to the provisions of the broadcast codes, we cannot however accept the recent provision of the NBC which we clearly consider as an attempt to censor the broadcast media in Nigeria..”, Garba insisted.

He reminded NBC that Nigeria is presently in a democratic dispensation, not in the military era saying, hence, it is expected that the regulatory body supports the country’s civil rule. Mallam Mohammed therefore called on the organization to rescind its decision, maintaining that the union would sustain its oppositions against the policy, among of which is to mobilize stakeholders to fight and ensure the “obnoxious circular” is dropped.

Garba stressed that NUJ would only consider programs and policies that would further enhance democracy at the same time oppose a public organization attempting to “undermine the progress that has been achieved on the freedom of expression and the freedom of the media.”