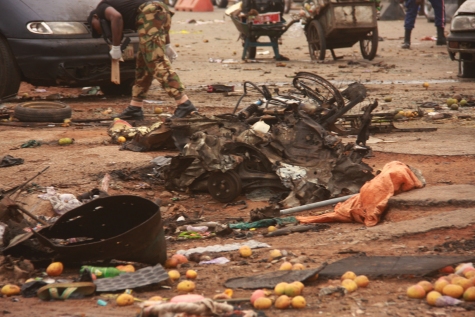 Force Public Relations Officer, Frank Mba, who confirmed the figure also noted that the number was provisional, adding that the injured are receiving treatment at the hospital. 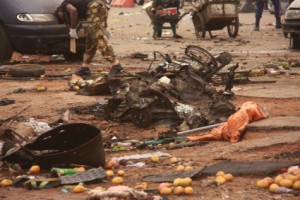 According to the police spokesman, investigation has commenced into the explosion.

Military personnel have condoned off the area and evacuated all vehicles and human beings from the scene while concerned citizens in their numbers visited the area Friday morning to have a glimpse.

It would be recalled that 75 people lost their lives and over 200 injured two weeks ago in a similar incident at a park near Thursday’s scene.

Islamic terrorists group, Boko Haram, which has been responsible for most bombing in the North East Nigeria later claimed responsibility for the explosion that killed 75 people last month.

No group has so far taken responsibility of the May Day bombing.