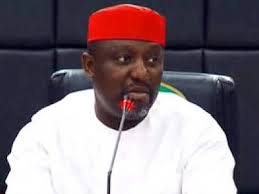 A statement issued by the Governor’s Principal Secretary Mr. Pascal Obi, in Owerri on Thursday, said the sack was with immediate effect.

Meanwhile, the Governor has appointed Pastor Ralp Afoaku as the Director General (DG) of the state-owned media – the Imo Broadcasting Corporation (IBC).

Afoaku took over from Mrs. Esther Obong-Egbuna the former DG, who died three months ago.

The statement advised all those affected to hand over all government property in their possession to the permanent secretaries in their ministries.