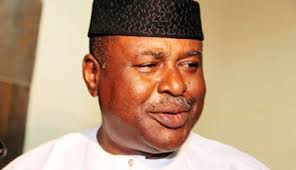 In a press release signed by Victor Chigozie Eneh, Senior Media Assistant to the party’s National Chairman, said that the National Executive Committee members of the party, will examine the Independent National Electoral Commission’s timetable for the 2015 general election, strategize on how to improve the party’s electoral fortune, reconcile aggrieved members by implementing the party’s Three-R policy of Reconciliation, Rapprochement and Re-integration that will promote unity, peace, stability, brotherhood and progress in the spirit of APGA motto: “Be Your Brother’s Keeper”.

According to the release “the authentic National Chairman of APGA, Chief Maxi Okwu, will point the way forward in his strong determination to rebrand the party which is the third leg in the nation’s political tripod that will decide the outcome of future elections in Nigeria”.

It added that “APGA members in Nigeria and in the Diaspora are enjoined to close ranks and support the Maxi Okwu leadership of the party as there is no victor, no vanquished in the Abuja high court judgment of 15th January 2014, which settled the disagreement in our great party.

Meanwhile a Federal High Court sitting in Abuja has reserved ruling to February 26, 2014, on an application for a stay of execution of its judgment delivered on 15 January, which removed Chief Victor Umeh and Alhaji Sani Shinkafi as National Chairman and Secretary of APGA.

Umeh and Shinkafi approached the Court through their lawyer, Patrick Ikwueto, [SAN] on 15th January 2014, seeking a stay of execution and an injunction restraining Chief Maxi Okwu and all the officers elected with him at the party’s national convention on 8th April 2013, at Awka, Anambra State from assuming their respective offices pending the determination of their appeal at the Court of Appeal.

Ikwueto urged the Court, presided over,by Justice Abdulkadir Abdul-Kafarati, to grant the application stating that a person who lost a litigation is entitled to approach the Court to make a preservative order. He urged the Court to grant an order maintaining status quo pending the determination of the appeal already filed.

But Barrister Oba Maduabuchi, lawyer for Maxi Okwu and all the officers elected with him, opposed the application for stay of execution of the judgment and an injunction restraining the Okwu leadership from running the affairs of the party.

Maduabuchi urged the Court to strike out the application arguing that it was brought under a non-existent law. He averred that the Court could not give judgment on one hand and collect it back with another hand, stating that the applicants (Umeh and Shinkafi) have not shown any special circumstance that would warrant the court to grant stay of execution.

Maduabuchi urged the Court to strike out the application emphasizing that the court had found that Umeh and Shinkafi were wrong to have occupied the positions of National Chairman and Secretary and would not allow illegality because they appealed.

Olawale Daudu who represented INEC supported the application. He told the Court that the electoral umpire has not been served the notice of appeal.

Justice Abdul-Kafarati adjourned the matter to 26th February, 2014 for ruling. It could be recalled that the Court upheld the Maxi Okwu leadership of APGA on 15th January 2014.