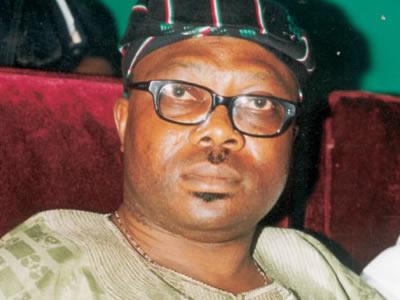 Speaking through his Director of Media and Strategy, Prince Diran Odeyemi, Senator Omisore said the proposed worship centre was an attempt to siphon taxpayers money with no genuine concern for the welfare of the people of the state.

According to Senator Omisore, ” It would have been more honourable for the government to admit mistake and reverse the new education policy which is causing confusion in the state than erecting an interdenominational centre to hoodwink the Christian community who are opposed to his disposition towards them.”

He continued “As a governor that claim to believe in equality among all religions, my concern is about how much the government will have to spend to erect mosques and shrines for our Muslim brothers and “Isese” people when the people of the state are wallowing in abject poverty”

“The so called Open Heaven Worship Centre that has already gulped N51 million as compensation to farmers is an attempt to mop up fund for the 2014 campaign which APC and Ogbeni Aregbesola has commenced a year ago with the siege in the state with bill boards and posters everywhere”.

“What is the correlation between good governance and worship centre If Aregbesola is a serious governor. I don’t think that is what should be his priority  when people are suffering from his bad policies including delays in the payment of workers salaries.”

“There are enough churches to cater for the spiritual needs of our people that it does not require a serious government to now embark on another worship centre where such funds should have been directed to creating jobs for our youths.

Senator Omisore however cautioned Ogbeni Aregbesola that the people of Osun state are wiser and can no longer be fooled with project that are of no direct benefit to them but meant to siphon their fund  to Lagos.