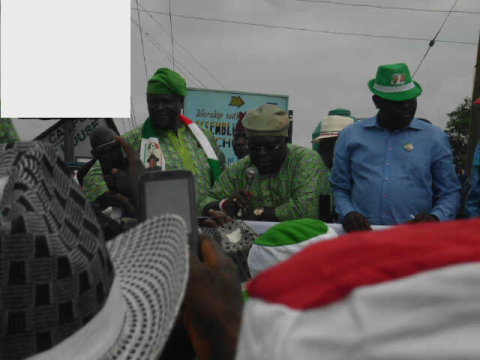 The people of Osogbo capital city of Osun State were heavily enthusiastic during the week as the campaign train of the Peoples Democratic Party Governorship flag bearer Senator Iyiola Omisore visited all the wards, markets around the Osogbo township. 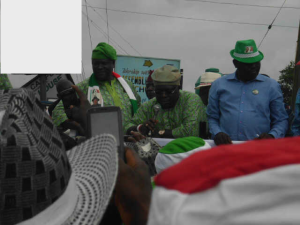 Omisore also paid homage to the Ataoja of  Osogbo, HRM Oba Jimoh Oyetunji Olanipekun LarooyeII and all Baales in the area to receive royal blessing.

Omisore urged his supporters to ignore Aregbesola’s noise, adding that his noise cannot stop him from becoming Governor come August 9.

He advised his supporters to be tolerant and avoid confrontation with Aregbesola’s boys also known as ‘state boys’ who are causing troubles across the state.

The PDP governorship candidate promised the people of the state that he will correct all misdeeds of the current administration if elected.

He urged electorates who are yet to collect their Permanent Voter’s Card to collect it before INEC Deadline.

Omisore expressed confidence that his victory is sure with the large crowd that attended his rally despite APC’s claim that the whole Osogbo is for their party.