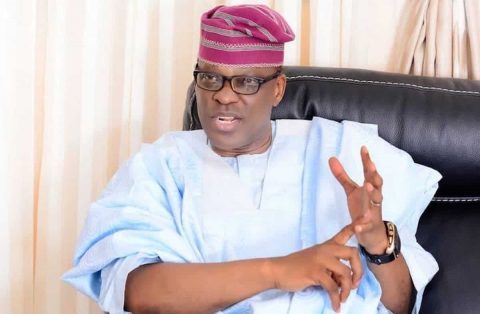 (AFRICAN EXAMINER) – Mr Eyitayo Jegede has emerged as a candidate of the People’s Democratic Party (PDP) for the Oct. 10 governorship election in Ondo State.

Gov. Ifeanyi Ugwuanyi of Enugu State, who was the Chairman of the PDP primary committee, announced that Jegede scored 888 to emerge as a winner.

Ugwuanyi announced that a total of 2,122 delegates were supposed to participate in the election but only 2,050 delegates eventually took part.

The committee chairman described the process of the primaries as free and fair.

He added that the exercise was peaceful and was conducted in accordance with the law of the party.

“Having met all the guidelines of our party, Mr Eyitayo Jegede is hereby declared  winner and returned elected as candidate of PDP Ondo State governorship election,’’ he said.

Ugwuanyi, therefore, urged all other aspirants to work with the winner for the success of the party in the main governorship election in the state.

In his acceptance speech, Mr Eyitayo Jegede, PDP Ondo governorship candidate, said he was grateful to God for a successful primary.

“By this victory, we serve a notice on the All Progressives Congress (APC) that for them, the end has come.

“By the grace of God, with the assistance of the people, and the support of party members and all the aspirants, we will take over the government of Ondo State on Oct.10,’’ Jegede said.

Jegede was the PDP flag bearer in 2016 governorship election, who contested against the incumbent Gov. Oluwarotimi Akeredolu of APC.