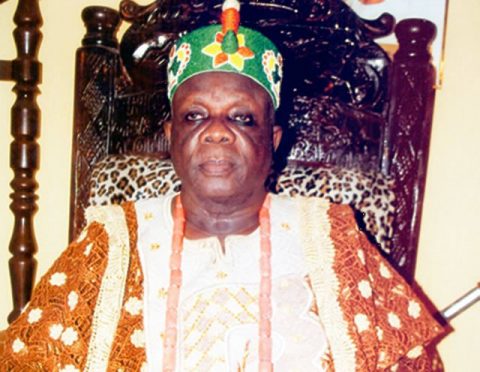 LAGOS, NIGERIA (AFRICAN EXAMINER) – The much anticipated trial of suspects arrested in connection with the kidnap of Oniba of Iba Town, Oba Yishau Goriola Oseni, before a Lagos High Court in Igbosere was on Friday stalled due to dispute between the two lawyers over legal representation of one of the suspects.

The Lagos State Government is prosecuting the suspects on an eight-count criminal charge of conspiracy to murder, murder, armed robbery and Kidnapping.

At the last adjourned date, the suspects – Duba Furejo, Ododomo Isaiah, Reuben Anthony and Yerin Fresh were arraigned before Justice Oluwatoyin Taiwo, while the case was adjourned for commencement of trial.

However, when the case was called, the two lawyers – Messrs Seliowei Baidi and Anthony Onwaeze announced appearance for the fourth accused (Yerin Fresh), a development which made Justice Taiwo to intervene to settle the disagreement.

Onwaeze, who is the new lawyer briefed by Fresh, had told the court that he already discussed with Baidi on the issue before the commencement of sitting for the day, but that he (Baidi) insisted not to relinquish the representation until all his legal bills were settled.

But Baidi fired back saying that Onwaeze failed to take appropriate steps required by law in taking over legal representation.

While citing Rules 29(1) of the Court’s Rules, Baidi said upon receiving instruction to take over the case, Onwaeze ought to have addressed a letter to the court and to him, adding that it was disrespectful to the court for his learned friend to just attempt to start representing the accused without following the rule of law.

The prosecution represented by the State’s Director of Public Prosecution (DPP), Mrs. Idowu Alakija, however, told the court that in view of the development, she would have to accede to the adjournment of the case for the defence to put their house in order to resolve the issue of representation.

In a brief ruling, Justice Taiwo ordered the two lawyers to abide by professional ethics and shun any bickering over the matter.

The judge also asked Onwaeze to assist Baidi in getting the necessary fees for the services rendered to the fourth accused person.

She said: “This matter is hereby adjourned to November 11, 2016 for hearing. Witnesses must be in court at the next adjourned date and counsel must resolve the issue of representation. No bickering, please.”

The suspects, who allegedly carried out the crime on July 16, 2016 at the palace of the monarch, were said to have murdered a security detail attached to the palace, Sunday Eniola Okanlawon, and a commercial motorcycle rider, Joseph Okeke.

They were also said to have attempted to kill the monarch’s wife, Olori Abosede Oseni while making efforts to dispossess her of her property at gun point.

In count four, the accused allegedly attempted to kill the wife of the monarch contrary to Section 230 of the law, while in count five, the accused with others now at large, conspired to rob Olori Abosede of her mobile phone.