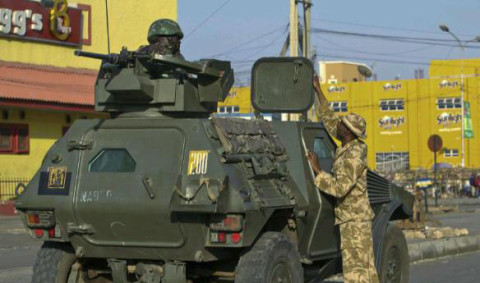 The Special Task Force in Plateau has said that contrary to media reports, only 16 people died and 5 others injured in Monday’s attack on Shonong village. 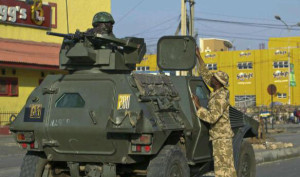 This confirmation was contained in a press statement signed on Tuesday by STF’s Media Officer, Captain Salisu Mustapha and made available to African Examiner in Jos.

It reads, “The STF wishes to use this medium to refute such reports by informing the general public particularly the good people of Plateau State that on the said date at about 9:30am our troops received a distress call by some members of the community about an attack on two persons who were on their way to the farm by suspected Fulani militia.

“STF personnel deployed around the area swiftly moved to the scene of the incident to repel the attack. However, on reaching there it was discovered that persons were killed and at the same time the entire village was under attack by dozens of armed men.

“The assailants immediately went on burning huts, farm produce and attacking innocent people. Our troops quickly called for reinforcement, repelled the attackers and secured the area. 9 dead bodies were recovered and about 7 charred bodies after the incident. 5 others who sustained injuries were rushed to Vom Christian Hospital by STF personnel.

The statement further stated that normalcy has returned and STF personnel are currently dominating the general area with patrols, assuring that STF and other security agencies are on the quest to bring the perpetrators to justice.

The statement advised the people of the State to always allow security agencies to take control of security situations when such incidents occur, also warning them not to take laws into their hands as any act of lawlessness will not be tolerated by the security agencies.