OPINION: Nigeria Squeezed Between the Change that Will Never come and Reality 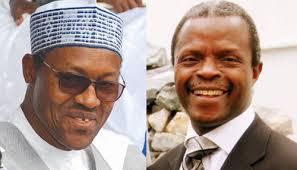 By Prof R. A. Ipinyomi, University of Ilorin , Nigeria

The APC party fought with the “Change” slogan and won the government but they didn’t define what they meant by “Change” or what must “Change”. Even now they are still free to give us a definition that is not after thought. What they seem to have done is to set an uphill task for themselves by attempting to change and fighting existing reality; corruption,  insurgencies, the Nigeria’s different nationalities. That is not their primary object but they are fighting a war they didn’t recognise from start. In a normal circumstance, to change something,  a new model should have been built  that makes the existing model obsolete. In Nigeria all the political players, all the national institutions and everyone, are still slaves of old traditions and old expectations. No new models have been built.  This is what we want to examine,  especially if we may have suggestions that can reduce our expectations to reality levels.

We may  ask ourselves what APC came to change and what Nigeria electorates thought they heard. In a gullible and nonrealistic society like ours the common public expectations include to expect  new jobs and fat pays, excellent housing and road networks,  better education and health care systems, etc. In fact we expect  salaries for those unemployed, tax relief for everyone, the national currency becoming one to one with the USA dollar and more. However the reality on ground consists of a pile of all the unimaginable woes. The government sent packing had been publishing false figures on everything. All the economic barometers they had claimed were falsified figures, they were supporting Boko Haram instead of fighting them, to win one single election they were ready to send plane loads of billions naira, no project had the correct valuation and corruption was the norm. That was the reality and still the reality.

The public has been made to anticipate unnecessary anxiety  about what may never happen. The greatest mistake you can make in life is to be continually fearing and living in anxiety. Our politicians should try to protect our citizens by avoiding doing or saying  things that would increase public  worry, stress and tension. The economic hardship,  passed carelessly to the public that we are experiencing, either from lack of regularly salaries in many states, low values of national currency, inflation and scarcity of commodities that may follow, are results of cumulative effects of past administrations. The current government may have failed in their calculation of the depth of the problems they inherited or lacked the exact methods to solving each problem.

Perhaps the most injury being inflicted on the society at present is the non-repentance  and nonchalant attitudes  of the politicians and the ruling class. They think they can keep passing blames and washing off their hands whilst still wallowing in unabated corruption. The Nigeria Mafia, consisting mainly of past military brass, recycling politicians and traditional rulers should also be accused of running down the project called Nigeria. How they picked and fixed leadership in the 1960s, 1970s, even how the picked on OBJ in 1999 wouldn’t work today. Politics is dynamic and Nigerian society is very dynamic and requiring new models each turn. Somebody must tell these former presidents, former generals, former ministers and others to stay away from further confusing the public and to stop parading themselves as people with solutions. They are the main problems because they have refused to grow beyond taking over government only by scheming and intrigues.

What really can Buhari change? He may not be able to change himself but he can change his cabinet in one of two ways. First the same set of people but posted to where their optimum values can be reached or throw them all out and turning a new page. But why and what for? Nigeria is in urgent need of a set of leaders that can be called community organisers and leading us out of the woods, not blind ministers,  or politicians, or political advisers that are too far from their communities and unaware of their lacking or plights.

In essence what can one individual like President Buhari do to change society, such as to change institutions, systems, rules, beliefs, values, behaviours, paradigms, life of other people,  etc? One good side of our President is that we think he has been able to avoid the temptation of money. Money too often corrupts even the most well-meaning individual and prevents both innovation and reform. Please note how the politicians,  the banks in the market places, the lawyers,  Nigerian elites, all seemingly   lobbying to prevent any meaningful regulatory systemic and moral reforms despite the fact it was the cobination of their recklessness that got us into this bad financial crisis. If a President Buhari, or any individual,  can value his or her principles over any attempt by money to erode their core values, he or she may be able to bring about meaningful change to society. This is the thesis; to change the society from the individual level.

It also appears to us that Nigeria cannot afford to keep the two sets of national assemblage of multicolour politicians that are simply not people oriented. They are not directing or growing either the national economy or the society in the right way. They can change from one party to another within 24 hours. Their policies are inconsistent and incoherent, speaking and addressing each other using a vulgar language. This is why the currency is dropping and insurgency is politicking but Senators keep globe trotting and some allegedly  soliciting for sex abroad. Why did they go out in the first place? The reform in reduction may not just be in numbers but also in job definition and mode. States with a large population may have three Senators but some small states with only one. Similarly there may be a need to collapse states and creating viable economic states and local government areas.

President Buhari can also change our hearts rather than sweeping the mess under the carpet.  This is why we said that Nigeria cannot afford inter- or intra-party feuds. We need a good APC but to be side by side with a strong but friendly  PDP in genuine opposition, not one without the other. We need free and fair elections, not the do or die approach. We need an INEC  working and improving  voter’s turn out and voting environment, not sitting in their comfortable air conditioning rooms in Abuja drinking tea or waiting till last minutes to use helpless nysc cheap labour. We need 100% voter’s turn out as opposed to below 40% in most of the elections held so far. I noticed and wrote about voter’s apathy and also made the inference  that if voter’s turn out were to be as high as 50% that INEC ‘s preparedness would fail. They have no facilities to cope with a significant high voter’s turn out. Their operations put multiple hurdles before potential voters thus turning them away from pooling both instead of attracting them. Hence the Buhari administration can change our attitudes to doing things better through continuous teaching and delivery; that also will be a major change.

By far the hard task is the economic turn around that would require collective ingenuity from individuals like Dangotes and several others. An economic model based on individual participants rather than institutional based. In particular we need to see and agree that NNPC is a failure just like NITEL  had been a failure in communication. Only privately owned institutions can thrive in a multicultural and religiously biased society like Nigeria.  Government should only negotiate for fair taxes and royalties for itself. Government has overstretched the point on agriculture but without providing the encouragement, lands and loans components.