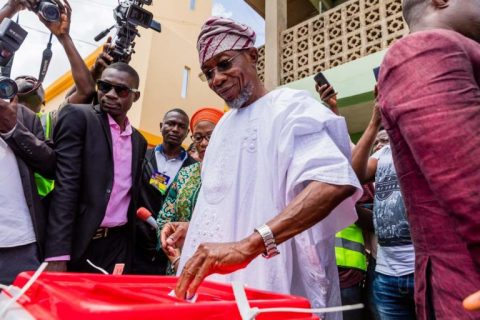 The gubernatorial candidate of African Democratic Congress, ADC Alhaji  Fatai Akinbade has said that he is confident of winning the election that witnessed massive turnout in Ogbaagba, olaoluwa local government of the State.

Akinbade who spoke shortly after casting his vote said he was happy with the massive turnout of the people and the security arrangements put in place.

According to him history is about to be made as he was confident that he would coast home in victory at the end of the exercise.

He, however regretted that vote buying which all the political parties claimed to avoid was going on at ward 3 unit 1-3 where he voted by a particular party adding that this will not assist our democracy.

The governor said he was satisfied with the conduct of the election so far.