Pay Our 3 Months Outstanding Salaries, Doctors at LUTH Cries Out 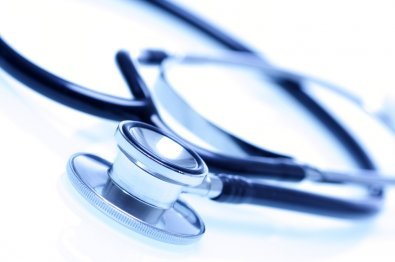 (AFRICAN EXAMINER) – Two medical unions at the Lagos University Teaching Hospital (LUTH), Idi-Araba, Lagos, on Tuesday called on the management of the institution to pay the outstanding three months salaries of doctors.

Dr Babatunde Bamigboye, the Chairman, MDCAN LUTH Chapter, addressing newsmen at a joint news conference in Lagos, said that salaries of over 600 doctors were being withheld since Aug. 20.

Bamigboye said that other categories of workers in the hospital had been paid up to date.

“The frequency of industrial actions among doctors in the hospital has drastically reduced, because of the conscious effort being put in place by the body of doctors.

“Being mindful of the collateral damages that comes with such action, but with this current situation, what then is expected of a young House Officers who by the end of this month will be owed three months salaries.

“Also, the resident doctors have families that rely on them for their welfare, while others have examinations to finance,” he said.

Also, Dr Olawale Oba, the President, Association of Resident Doctors (ARD), LUTH, said that the doctors had decided at an emergency to issue ultimatum to the management of the hospital to pay.

Oba said that the association issued the ultimatum to the management starting from Tuesday to heed to the complaints of the doctors.

Also, Dr Akinkunmi Afolabi, the South-West National Chairman, National Association of Resident Doctors (NARD), said that national body was fully involved in the issue and would give the doctors full support in whatever action.

“We will support the association in whatever action it decided to take in order to get the management to attend to their plights.

“Though, the next action is to embark on industrial action, but the association will do everything to ensure it forestalls it,” Afolabi said./(NAN)