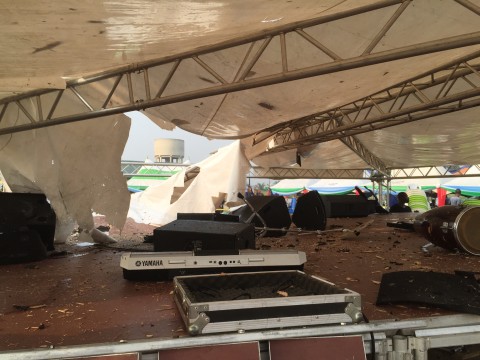 The attack on supporters of the All Progressives Congress (APC) has continued unabated in Rivers state, the latest being an attack on Saturday on the venue of the party’s governorship rally scheduled for National school field, Okrika. 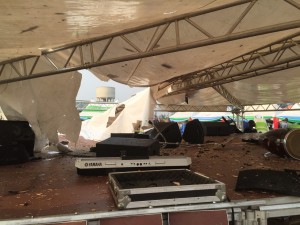 According to a statement issued by the APC chairman in Okrika, Christian Asifamaka, the gunmen began shooting sporadically while the venue of the rally was being decorated and sound system being installed as workers scampered for safety.

“In the wee hours of the morning of Saturday 24, 2015 at about 3:45am some armed youth started shooting at the venue of the APC governorship rally National school field Okrika. Those setting up the sound system and the podium were forced to flee for their lives. At about 4am they started shooting explosives into the arena and destroyed the podium, sound equipment and some canopies.

“Okrika is the home of Nigeria’s First Lady Mrs Patience Jonathan. She was present and held the PDP governorship rally at the same venue on Thursday January 22, 2015.

“The boys came in a white hiace bus and allegedly came in from Igbiri a community that shares borders with Mrs. Jonathan’s Oba Ama community.”