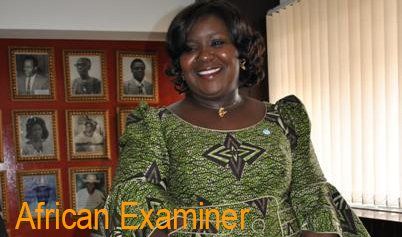 The Rivers state government says the State chapter of the People’s Democratic Party lied against Governor Rotimi Amaechi on the new loan of $280 million.

Clarifying the loan issues, Commissioner of Information and Communications, Mrs Ibim Seminatari  who described PDP’s statement as mischievous and misleading explained that the loan was not a fresh loan request. 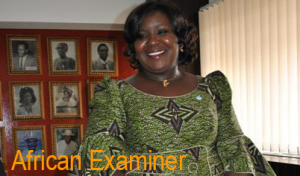 She also dismissed PDP claims that the loan was “to enable the Governor source money for 2015 elections and to sponsor the All Progressives Congress (APC).”

Her statement which was made available to African Examiner reads:

“Earlier today, the Felix Obuah faction of the Rivers State chapter of the People’s Democratic Party (PDP) issued a misleading and mischievous statement accusing the Rivers State Government of taking a new loan of 280m USD.

“The Chibuike Rotimi Amaechi administration takes its insistence on transparent and accountable governance. It would therefore continue to put out the facts of the matter as it concerns the finances and economy of Rivers state for its employers (the Rivers people) to see.

The facts of the matter are as follows:

“The Rivers State Government applied for and secured a loan package from the African Development Bank (AfDB) and the World Bank in 2012 for the World Bank-assisted water scheme in Rivers State. The rule is that the national government would need to endorse the release of the loan after the Rivers State House of Assembly would have approved.

“Not willing to give up, the Rivers State government continued to push and the scheme with the loan was again approved in the 2014 budget. Now, the Federal Government has finally signed off for this fund to be drawn down for work to start, but due process required that the Rivers State House of Assembly endorsed it once more. This is what necessitated the re-presentation of the old loan to the House.

“But true to type, Obuah’s PDP, uncaring of the truth and in what has become its masterful display of ignorance and blind mischief has announced that the Rivers State Government is taking a fresh loan and that this is for the 2015 elections.

“Unfortunately unlike the PDP, the Rivers State government is focused on ensuring governance and service-delivery to its people until its last day. Again much unlike most of the PDP controlled states, Rivers State has remained one of the least indebted states in the country. Its financials have been reported as strong not only by international rating agencies, but also by the Federal Government agency responsible for monitoring states indebtedness, the Debt Management Office (DMO).

“Whenever the DMO releases debt figures, Rivers State remains unmentioned (in blue) where the PDP states who earn the same and in some cases more than Rivers State are in Crimson red, owing debts that will hang on the head of successive governments up to the 4th and 5th generations.

“Despite this obvious disparity and the excellent rating of the finances and economy of Rivers State, the PDP shamelessly keeps going to the media with stories of enslaving the future of the state as if the party knew anything about future of a nation. The tales by moonlight often told by the PDP are as embarrassing as they are contrived. It is unfortunate that Obuah’s PDP continues to revel in these lies of an unhealthy economy and mortgaging of the future.

“It is not news any longer that the PDP has led the nation’s economy on a downward spiral because of its lack of prudence and irresponsible stewardship of its resources. Nigerians are still waiting for the report of the probe into the 48.9 billion dollars NNPC funds. In the meantime, delegates at the National Conference have alleged another missing N730 billion from the Nigeria Ports Authority, NPA. Rather than address these issues, the PDP is sending Nigerians off on a wild goose chase. But while the PDP can deceive some of the people, some of the time, it cannot deceive all the people, all the time.

“The Rivers State Government is grateful to Rivers people for the confidence it has reposed in us and for always seeking clarification when the rabble-rousers begin their mumbling. We are thankful for these engagements and wish to assure you that the Chibuike Rotimi Amaechi-led administration will never take your loyalty for granted nor breach this sacred trust, which you have reposed in us.

“The finances of our state are in the most credible hands, and we will ensure that they are used only to secure the lives of our present and future generations in our Rivers of Possibilities.”