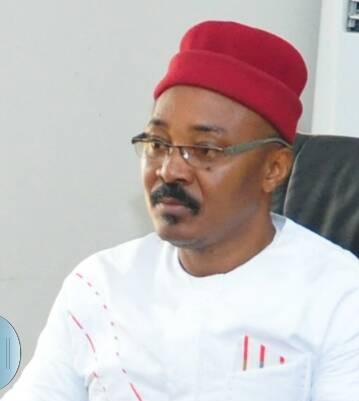 (AFRICAN EXAMINER) – A senatorial Aspirant for the Enugu West district under the platform  of the People’s Democratic Party, PDP in the 2019 general election, Barrister Ogochukwu Onyema, has said that if elected, he would propagate a bill that would challenge  the present 4 – year tenure and full time legislative business in Nigeria, with a view to making it a part time job.

The senatorial zone is currently being represented by the embattled Deputy senate president, Ike Ekweremadu, who is serving his 4th term in the upper chamber of the Nigeria’s NASS.

He pointed out that the present cost of running  legislative business in Nigeria under the full time basis was capital intensive, hence the need to initiate a bill that will change it to part time as obtained elsewhere.

According to him, as obtained in other parts of developed nations, legislators must have something doing outside their legislative business, and should be made less attractive.

Speaking with newsmen  in Enugu, Onyeama, who is the immediate past Deputy national president of apex Igbo socio cultural organization Ohaneze Ndigbo, stated  that apart from the fact that he is answering a clarion call by his people of Udi council area of the state, “I’m going to the senate to leave my footprint in the sands of time by initiating viable human oriented  bills .

He noted that out of the five council areas  that makes up Enugu West zone, only Udi local government has not tested the senatorial seat since inception of the district, insisting that naturally, and in the spirit of justice, equity and fair play,  it is the turn of the area to produce the next senator for the area.

Onyema,  declared that he has all it takes to represent  his people effectively, saying his vision is to “successfully distort the status quo in the country, and re-orientate the system for a better living , where corruption and ill gotten wealth will be abhorred , and life of our citizens made sacrosanct .

Also, “my mission is to represent and serve the people of Enugu West senatorial zone and Nigeria in general, so, as to fashion out people oriented laws and policies , that will enhance the living standards of the people, boost the economy of our nation, and curtail – unending waste in governance.

He further disclosed that his  people are already mobilizing for him, adding that they have promised to procure his nomination forms when the time comes, as well as join hands in footing  his campaign bill.

The outspoken senatorial hopeful, said “since my people are insisting that I must run, who are my to say no to their request, and  that is why I’m in the race, hinting that he has produced a personal well articulated 17 point manifesto that will guide him in the red chamber, if given the mandate.