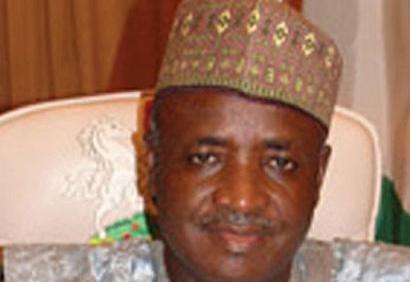 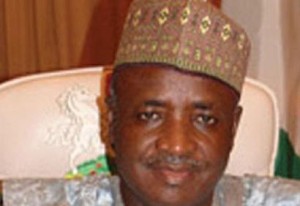 The big axe of the Nigeria’s ruling People’s Democratic Party (PDP)
has come down on the Sokoto state governor Dr. Aliyu Wamakko over
anti-party activity.

His suspension is coming less than two weeks that the party
suspended Governor Rotimi Amaechi over the election of the Nigeria’s
governor’s forum in which he defeated the party’s preferred candidate
Jona Jang.

Rising from a meeting on Wednesday, the National Working
Committee of the PDP said in a statement that it suspended the
governor following his refusal to honour yet another invitation of the
National working committee (NWC).

Parts of the statement read:

“The National Working Committee (NWC) at its 338th meeting held on
Wednesday, June 5, 2013, extensively discussed the state of the
party across the nation and its members as well as the repeated
breaches and disregard to the party’s constitution by his excellency,
Dr. Aliyu Magatakarda Wamakko, the executive governor of Sokoto
State.

“The NWC notes that on several occasions, Governor Aliyu
Magatakarda Wamakko had ignored invitations and lawful directives of
the NWC in this regard and has continued to show complete apathy to
the affairs of the party and contempt to an organ of the Party.
“This is in furtherance of the determination of the leadership of the
party to enforce discipline at all levels.”

The party’s National Publicity Secretary, Olisa Metuh added that the
issue has been referred to the disciplinary committee of the party for